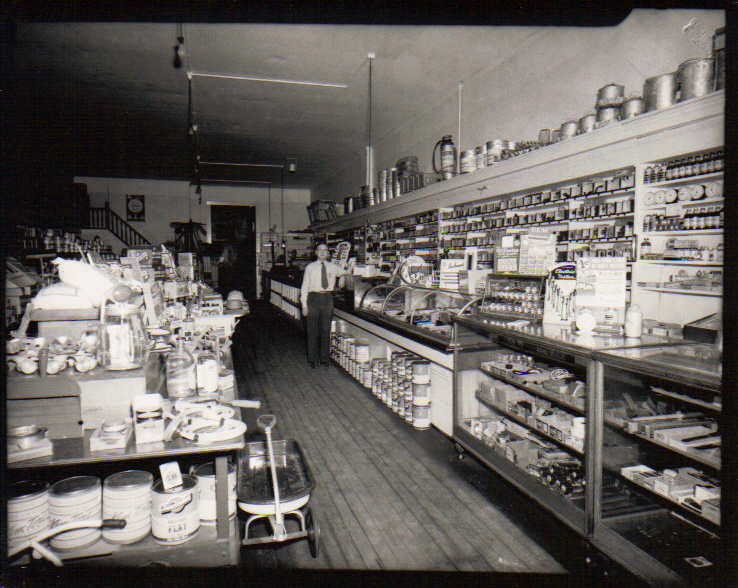 After many games, the wear and tear on my hockey helmet loosened a screw and dropped out so that it came apart. I was not allowed to play until my helmet was repaired.

I was ten at the time, the second youngest of six children in a home raised by a widow, and my oldest brother, though older by five years, was still a mere teenager. I say this, because I recognize now how unfair it was to expect him to be the father role he was thrust into. At the time, I didn’t go to him for the simple solution of helmet repair.

Instead, I took my helmet to McLeod’s Hardware store located on the main street of my small home town, and looked rather helplessly at a wall of nuts and bolts and various screws.

Mr. McLeod, the proprietor of the hardware store, came up to me and asked what I needed, and then said, “You’re Paul’s son, aren’t you?”

It felt odd that he could remember the car crash some 9 years past, while for me it was ancient history; the fact is, I never knew my dad.

Mr. McLeod asked what I was looking for, and if I had ever repaired a helmet before. He quickly realized he had run out of the right screws for hockey helmets anyways, so he put on his coat and took me with him to his competitor a block away.

We walked together there, bought the screw and returned to his hardware store where he re-assembled my helmet, tightened the other screws, and sent me on my way without paying.

It was an unexpected little grace. Really, a forgettable little event that stuck with me over the years.

A man who knew of my father; a man who knew I was fatherless; a man who could see I was simply in need of a fix. But it has loomed larger over the years as I remember, as I raised my own children, and as coached hockey and mentored youth.

It was one of those acts of kindness that I was not owed. Surely an inexpensive gift, but it spoke more about the man than about me, or about what-ever relationship he may have had with my dad. It was the only conversation I remember having with him, and I would quickly gain the confidence to take care of some of these little tasks.

But I keep the story with me. I share it as one of those (many) gifts along the way that are meant to be paid forward.

The day I had a screw loose, I saw kindness disguised as a man in a hardware store

Rusty Forger retired from the Fire Services after 33 years as a senior officer. Fatherless and poverty set the conditions for struggle and the spiritual journey through which he now continues as a mentor and writer.

You can visit his blog “More Enigma Than Dogma” at: https://moreenigma.wordpress.com