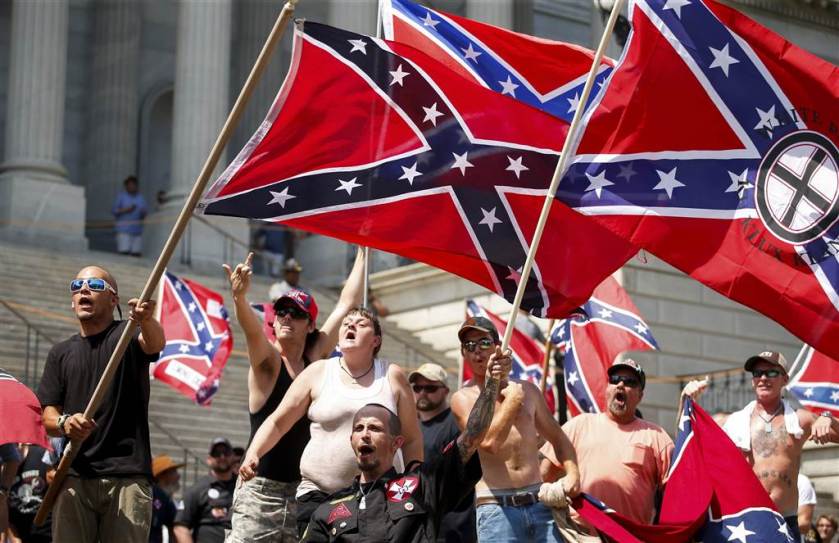 As hatred and racial intolerance engulfed a South Carolina rally over the weekend, a poignant picture of a black police chief helping a man who was wearing a swastika T-shirt emerged on Twitter.

The sick man, according to reports, had suffered from heatstroke and was being helped by Leroy Smith, the director of the South Carolina Department of Public Safety.

Smith’s display of love and humanity in the face of hatred went viral, already getting retweeted thousands of times in the course of a single day.

Leroy Smith said in a statement that the photo, taken at a Ku Klux Klan rally, captured “who we are in South Carolina” and represents what law enforcement is all about: helping people “regardless of the person’s skin color, nationality or beliefs”.

“I consider myself like every other officer who was out there braving the heat on Saturday to preserve and protect,” he said.

The photo shows just the hand of black Columbia fire chief Aubrey Jenkins, who also was assisting the man.

“I hope this photo will be a catalyst for people to work to overcome some of the hatred and violence we have seen in our country in recent weeks,” Smith said.

Leroy Smith is an officer and a gentlemen. We’re proud of him for setting such a wonderful example of human kindness ♥

You can share uplifting, positive media using the social media buttons below.