“Kindness, Canada, and Chicago:  Mixing all three, one smile at a time!” 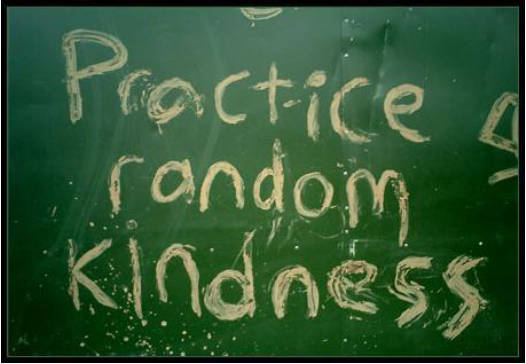 To me, kindness should be everyone’s middle name.  Or a pseudonym at the very least.  I am a Canadian who lives in Chicago.  I’ve been here for about 4 years.  To be honest, I wasn’t quite sure what to expect in terms of similarities/differences between Canada and Chicago.  From shopping to snowfall, I started to notice familiar, comfortable things, and some not so familiar, uncomfortable things.

Canadians are known across the planet for being friendly, kind, and generous.  I try every single day to live up to these monikers bestowed upon my fellow Canadian countrymen.  But I must say that kindness here in Chicago has been a bit of a challenge; giving and receiving.  I’ll explain my comments.

One of the first weeks I lived in Chicago, I was in line at a local grocery store checkout.  I noticed the man behind me had but two or three items.  As I had what seemed like enough food for an army of a small country (despite the fact the food was only for my husband and me) I asked the gentleman if he would like to go ahead of me.  This next statement brings back a feeling of sadness.  Without making eye contact with me he said, “No”.  Just like that.  One word, “No”.  I tried to muster out something that would sound as if it was no big deal.  I replied, “Oh, okay, no problem, I was just asking.”  But it was a big deal.  It was a big deal because I knew there was a deeper reason this gentleman refused my small act of kindness.

As time went on, I began to also observe that even smiling at a passerby was often met with either a scowl (I wish I were kidding), a blank stare, or a look away from me.  This troubled me terribly, as I started to think, my goodness, it’s a smile, a human expression of happiness, of acknowledgement to another person.  Surely there must be something I could do about this.

Shopping in Chicago is like mecca to the shoe aficionados of the world.  Chicago has some of the most incredible stores, deals, and variety I have ever seen anywhere.  On many occasions my Canadian frugality (my husband points out regularly he loves his, “Fru-Gal”) has been met with much delight, as I weave my way in and out of store after store with both hands laden with shopping bags filled with fantastic finds!

But there is something that happens so often here I must share it with you.  People push past others, not but a care for anyone else. I have been shoved into, my bags literally moving past my arm as someone carelessly knocked into them without nary a word.  This became almost intolerable to me.  I knew I had to find out why this was happening in order for my little Canadian kind self to survive in big, bad Chicago!  Perhaps the straw that broke the proverbial camel’s back came one day as I entered a train station.  I held the door open for the young man behind me.  As I made eye contact with him, thinking that perhaps he’d say a kind word or smile, I was bestowed with the following sentence, “That doesn’t warrant a thank you.” To say I wish I had made this little experience up for dramatic license is an understatement. 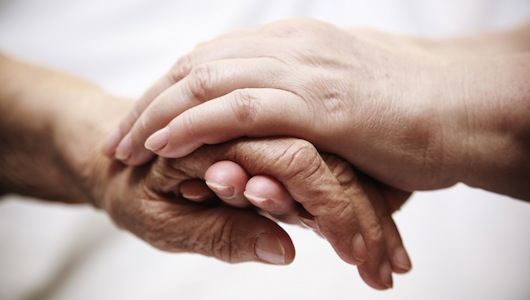 It was at that point I made some conclusions about my observations about kindness (rather, lack thereof) in this magnificent city (which it is).  I began to realize that it wasn’t about the fact this particular place happened to coincidentally attract mostly meanies.  It was a huge “light bulb moment” when I realized that I had simply been taught kindness and had come from a culture where kindness is not only appreciated, but unkindness is frowned upon and noted with distain.

I do not want to give the impression that everyone here is unkind; nothing could be further from the truth.  It is just that I could not get over the significant differences in the most simple of kind gestures between Canada and Chicago.  Other factors I am sure have a lot to do with it.  As I am not what one would call a “political” person, I will abstain from my general feelings about how each country was formed, the socio-economic situations of both countries, you get the picture.  I know there are a million places in the US that I swear rival Canada for kindness and generosity at large.  But I can only speak first-hand to that which I see here in Chicago.

And so, it became (and is) my mission to go out of my way to be kind; extra-kind you could say.  I also do not expect a smile back when sending one to others.  I do not get upset or take it personally when I am not given a ‘thank you’ for holding the door open for someone.  No.  I simply feel that it is my responsibility to send kindness ‘out there’, as it were, whenever I can. 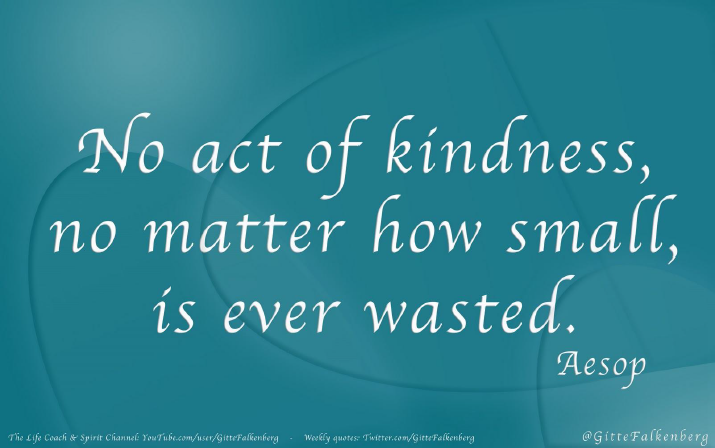 I saw a man drop a five dollar bill on the ground.  I swooped in to get it for him.  “Excuse me, sir, you dropped your money.” The look on this man’s face was priceless.  He seemed genuinely shocked that I would notice the bill AND give it back to him.  He thanked me twice.  I smiled twice.  Another time there was a blind fellow with a white cane attempting to cross the street in downtown Chicago.  Now, for those of us who are sighted, this can be a daunting task anytime.  For our blind and low-vision friends, the challenge can be overwhelming.  A taxi cab had literally pulled into the walk area.  I informed my blind friend that I would gladly help him across the street, as there was a cab blocking his way.  He appreciated the gesture, and off we went.  I resisted everything I had not to stare at the taxi cab driver in displeasure, I must admit.

On the train one day I spotted a glove that had come loose from a gentleman’s pocket.  I handed it to him and he thanked me profusely, noting he was using his third pair of gloves this season; the other two had magically found other homes, probably on a street or in a driveway, no doubt.  What started as an extremely simple kind gesture turned into a delightful conversation.  It turned out that this lovely man was the owner of a taxi cab company (not the same one I just wrote about, to be sure!) and was riding the train back to his office after attempting, without success, to fix a broken-down cab.  He gave me his business card, and told me he would be happy to provide me with a great cab deal should I sometime in the future be in need of a ride to the airport (we have two here in Chicago, so he assured me either airport would be just fine).

It is interesting because now that I go that extra ‘kindness mile’ here in CHItown, not only do I feel better, but I am starting to see that maybe, just maybe, leading by example is the kindest gesture we can give.  As I mentioned earlier in this post, I don’t expect a smile back, but it sure feels great to give one and know that perhaps similar to that of a pebble thrown in a still lake, the ripple effect will go beyond that of our awareness.  “Kind” of nice, don’t you think?

Today’s Guest Writer is Cher Garman. Cher is a Canadian living in Chicago, Illinois.  As an aspiring writer, Cher loves to observe her world with an open mind, kindness, and compassion.  She often finds herself using humor to describe a situation, which can lend itself to a better understanding of one another.  Cher is passionate about helping others, and regularly volunteers assisting blind and low-vision individuals.  She loves to travel, adores all kinds of live theater, and finds an open ear (or two) for music that invokes feelings of happiness.  Cher has a blog entitled, “The Chicago Files” where she writes about her reflections as a, “Chicago Canadian”.