When Ashlee Hammac’s newborn son died just five days after being welcomed in the world, she decided to pay a special tribute to baby Ryan – by building a sandbox on his grave so that his older brother could come and spend time with him. 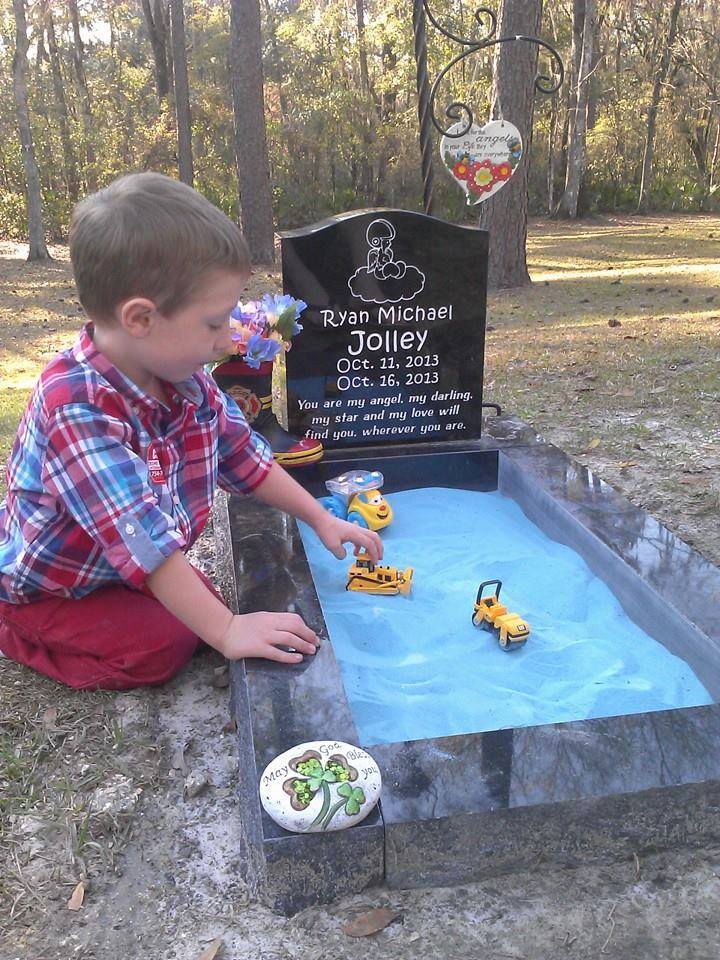 Hammac’s younger son, Ryan Michael Jolley, was born October 11, 2013, and passed away October 16 from Hypoxic-Ischemic Encephlopathy: a condition that occurs when there is not enough oxygen getting to the brain.

Following baby Ryan’s funeral, Miss Hammac decided to adorn his burial place with glass pebbles, but thinking of her son Tucker and his grieving process, she decided to come up with the kind of tribute that he could relate to as well.

After a five-day struggle between life and death, an MRI test showed that the child’s brain showed no activity.

Even though he was alive for less than a week, the infant’s death was not in vain, as his healthy little heart was donated to another ailing baby.

Ashlee Hammac said she hopes one day to meet the mother of the child in whose chest Ryan’s heart continues to beat.