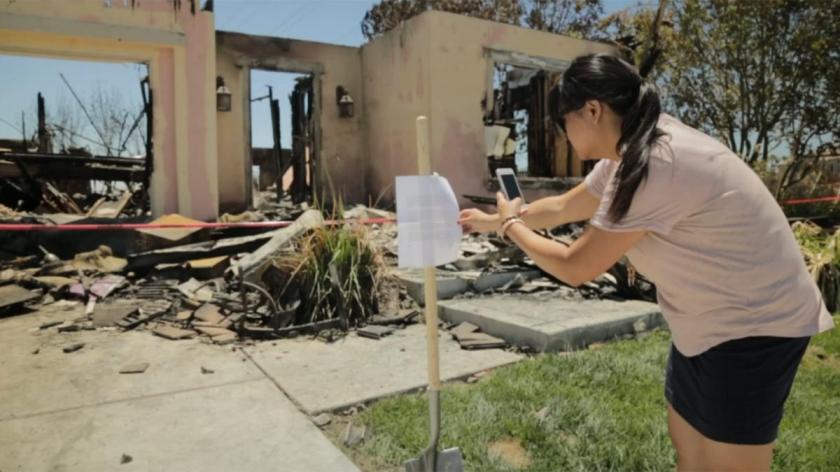 The letter has not only touched the homeowners, but others impacted by the San Diego Fires.

A family in Carlsbad that lost their dream home in the San Diego area fires this week found something in the rubble that they never expected: a letter of hope left by a total stranger encouraging the family not to give up and to rise from the ashes.

The piece of paper – 189 words signed only with the letters “GB” – was anonymously left behind, taped to a shovel standing in the charred front yard of a home reduced to rubble.

“We cannot escape the tragedies that arise in our lives,” the letter begins.

The words that follow get more poignant with each sentence.

That simple letter, left in the wake of so much destruction, meant the world to the owner of that home, Bob Payne, and his family.

His daughter, Anya Bannish, was so emotional upon seeing the note she had trouble reading it out loud.

“Somebody left this beautiful letter. I don’t know if I can read this. It makes me so – there are so many amazing people out there that help,” Bannish told NBC 7.

Bannish’s wedding reception was held at her parents’ home less than a week ago. Now, her parents’ dream house is gone.

Though the loss is unbelievably difficult, Payne said he’s grateful his family evacuated in time.

“This is all stuff, even though it was a lot of stuff, but it’s just stuff. We’ll get it back,” he said.

Payne is also grateful for the words left behind by a stranger.

The anonymous letter has also deeply resonated with neighbors returning to the scorched area.

“I don’t know who left it, but that sums up everything that has happened,” said one resident

The words seem appropriate for residents just over the hill in San Marcos as well for an entire county still tallying the damage from nine fires.

Bannish said the note puts everything into perspective.

“There are some parts that are good, you know, to know that there are such good people out there and to know that we have such amazing friends and amazing family,” she said, holding back tears. 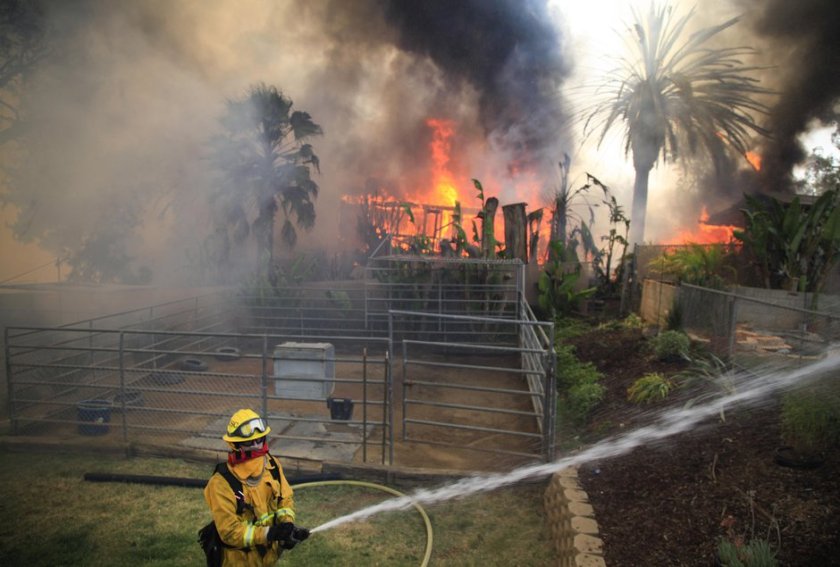 We cannot escape the tragedies that arise in our lives. We can search for a reason and ask – why? Maybe we could hold others at fault or imagine what life would be had this not happened, but perhaps what defines our character is not our struggles but how well we meet them and rise up after getting knocked down.

Faith will overcome fears, doubt and insecurities. Sometimes in life we don’t recognize how strong we actually are until we are faced with a great tragedy in our life. This calamity we face today will help develop the strength and fortitude we need for tomorrow.

Losing everything we own is sad, but the things we own do not diminish who we are inside. Sometimes the worst situation brings out the best in us and others.

When you put together a jigsaw puzzle made of hundreds of pieces, you put it together one piece at a time. No one can go back and change what has happened, but we can all start today and make a new tomorrow, one shovel at a time, one day at a time.