A 911 call was made in Gibson County, Illinois, on a November morning in 1995 about a child who had been left under a pine tree at a cemetery… 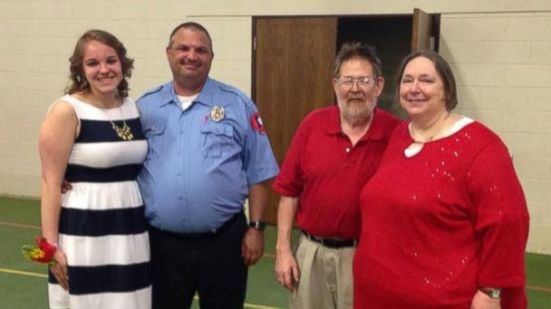 Police and firefighters rushed to the reported scene, but found nothing.

He didn’t find anything there either, and had already began walking back to his car when he had a hunch to check one more spot.

“I heard a little whimper when I got close to the tree. I dug down inside this real huge pine tree and found her.”

The baby girl was on the verge of death, covered in blood and leaves in the freezing weather. Her umbilical cord was still attached.

“I handed her off to the paramedics and I didn’t see her since.”

The child was adopted five days later by Bonnie and Greg James, who named her Skyler.

Bonnie began looking for the man who saved their child when Skyler turned 5 years old.

She told the local news station:

“We had his name from the newspaper. Social media wasn’t what it is today back then.”

She called the fire station where he works and, after an emotional conversation, told Heflin to come to Skyler’s graduation ceremony and party. 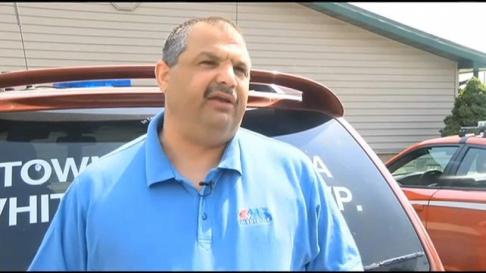 Skyler had no idea about the arrangement, as she explained to WFIE:

“I was talking to someone at my party and my parents came up and said, ‘We need you for a second.’ They took me over to Charlie and he introduced himself to me and told me the whole story again. I was totally shocked. It’s something that I’ve dreamed of since I was a little kid, and it’s amazing.”

Heflin gave the Charleston High School graduate newspaper clippings about the rescue and even the jacket he was wearing the night he found her.

The Patoka Fire Station fireman and AMR representative said Skyler was the inspiration for Illinois’ “Safe Haven Law,” which allows parents to drop off newborns at hospitals, fire or police stations and without facing legal punishment.