Ed was an elderly man living in an adult family home and under hospice care, and he had not been outside for several years as a result of his illness and the difficulty in transporting him.

His last wish, which he shared with EvergreenHealth Hospice Chaplain Curt Huber, was to go outdoors. When he was healthy, Ed had been a forest ranger, and at that time he reportedly lived for the outdoors. 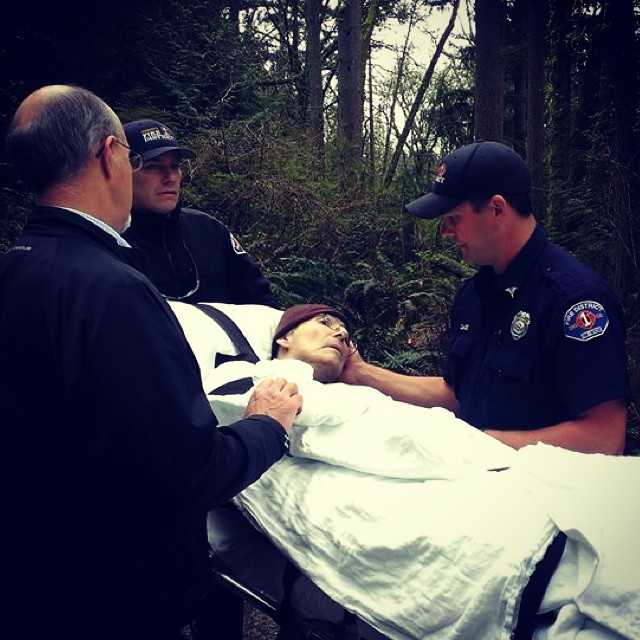 When Curt learned of Ed’s wish, he brought it to the attention of the hospice team members, one of whom suggested getting in touch with a local fire department that might agree to transport Ed for this final visit to the outdoors. Curt contacted the local fire department, which was was happy to help fulfill the request.

Together, the group took Ed up and down the trails, bringing him the scents of the forest by touching the fragrant growth and bringing their hands close to Ed’s face.

What a lovely thing to do.