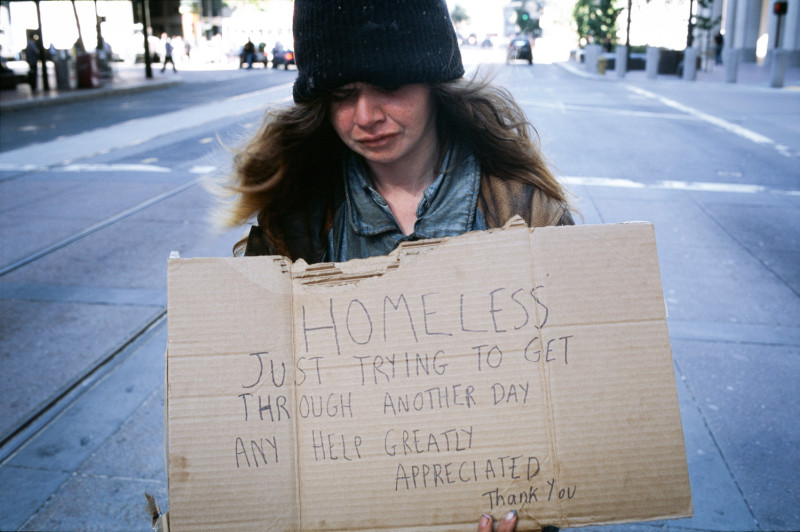 Most of us tend to have the same response: We avoid eye contact and walk a little faster. But you might also ponder the situation, thinking to yourself, What’s his story? How did this happen to her? How long have they lived on the streets? Maybe you even wanted to help, but didn’t know how to start a conversation.

Should you decide to talk to one of the more than 600,000 homeless individuals in the United States, what you say is vitally important. Utter the wrong thing, and you make a person in crisis feel less than human. Make the right comment, however, and you just might provide the help that he or she so desperately needs. Here’s what the experts advise saying and what’s better left unsaid.

“This is an especially good thing to say if you’re uncomfortable handing over cash or don’t have any to offer,” says Jake Maguire, director of communications for Community Solutions, a national organization dedicated to solving complex problems like homelessness and poverty. Undoubtedly, money is something that a homeless person needs, but often there is a specific thing that can quickly help that individual out of a dire situation. Shaun Gasson, a 32-year-old homeless man in Portland, Ore., says that someone once asked him if he needed clothes. Not only did the generous soul leave him three bags of nice clothing, but also gave him a bike and some money.

You might also consider asking the person if she or he is actually homeless. Kara Zordel, executive director of Project Homeless Connect, a San Francisco agency that links the homeless with resources in the city, says that she often will say to a person on the street: “I see you sitting out here every day, and it makes me wonder where you sleep at night.” This allows Zordel to do a better job of helping others. Sometimes a person isn’t homeless and doesn’t need a place to sleep, but might be in desperate need of something else. In that case, Zordel often hands out pairs of socks or granola bars, along with her agency’s business card. Greg Staffa, a homeless man in Farmington, Minn., suggests filling plastic baggies with nonperishable raisins or chewing gum, which will definitely be consumed.

Athletic events are often shown on televisions in shelters. “Talking about sports can be one of the most interesting, neutralizing things,” says Robert Marbut, a homeless advocate in San Antonio, Texas. So while the game you’re referencing depends, of course, on your locale, bringing it up is like talking about the weather — sports is a topic of conversation that you don’t have to be of a certain class to experience.

Or say “hi” or “hello” or try to acknowledge the person in some way.  “It’s good to hear kindness,” says Joe, who has been homeless in Portland, Ore., off and on for the past 16 years. Regardless of what your greeting may be, it’s important to look the person in the eye when speaking. According to another Portland man, Troy Thompson, who has been homeless several times despite being a skilled carpenter (when he can’t find work, he can’t afford to pay rent), one of the many difficult things about being homeless is that you feel less than human. “It’s like being invisible,” he says. Adds Marbut, “The non-homeless person almost never looks the homeless in the eye. If you just look a person in the eye and sort of nod, it’s the most respectful thing you can ever do.”

These questions are great because they’re open-ended, Zordel says, giving the homeless person a  choice either to brush off a deeper conversation or engage in one without judgment or pressure. Don’t be surprised if the individual isn’t interested in chatting, though, says Joe. “You’re getting into people’s personal lives. Maybe they don’t want to discuss that with a complete stranger.” If, however, the person is open to talking, this can lead to a real conversation — and maybe even provide a way for you to offer help. But even if you’re just having a casual exchange, you could be satisfying an important need: social connection. Many who live on the streets battle the feeling that they’re inadequate or nonexistent to the rest of the world. Having a real conversation can reduce those sentiments.

Offering a wish of good will can be a powerful thing to someone who’s homeless, says Gasson. And for those that are religious, saying a prayer for the person can provide some comfort.  “When somebody prays with you, it just makes you feel a little better,” he says. Which is the exact feeling you hope to give to someone who’s without a home. 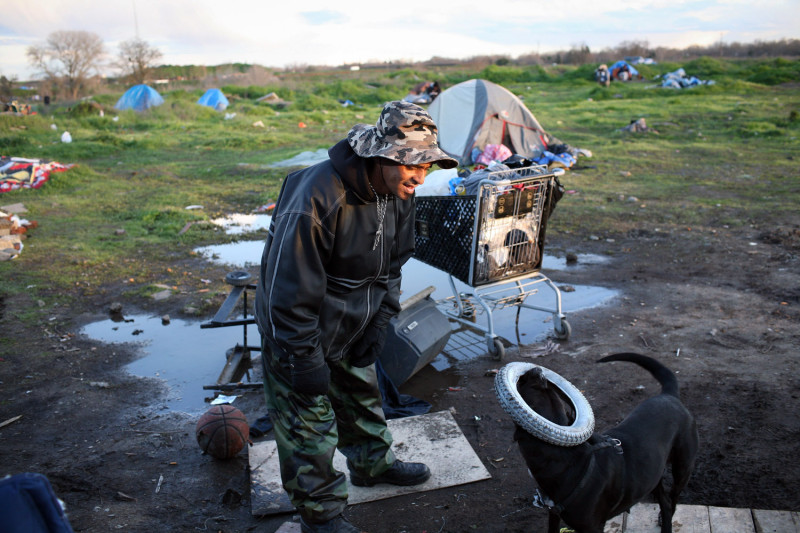 What (Definitely) Not to Say

This assumes the person hasn’t already tried to get help. It also infers that homelessness is that individual’s own fault or a result of his or her own failings. Most homeless people are not chronically on the street. Instead, they’re living there temporarily because of an awful situation — whether it is because of a job loss and a resulting downward spiral, a flight from an abusive partner or an exorbitant rent increase while on a fixed disability or Social Security income. These individuals may have already tried a dozen different ways to get help, only to hear that they don’t qualify for a specific assistance program, for example. Or, they might not be aware of existing resources, in which case you could actually make a huge difference by pointing them in the right direction. Tell them about charitable groups like the Salvation Army, Safe Harbor or any local agency or nonprofit that works with the homeless. Or call your town’s 311 hotline and request a visit from an outreach or social services worker, suggests Maguire.

If you choose to give someone money, it must be given without strings. Yes, a person who is homeless may use your gift for something that doesn’t necessarily help his situation, but your generous action could also provide an opportunity to start a conversation — and eventually lead to an opening to approach with more substantive help. “Not everyone is ready to receive what they need today,” Zordel says. “But we can take the first step together, engaging and building a trusting relationship…without expectations of the individual.”

To some homeless people, the conditions at some shelters are worse than on the street. Shelters can be loud, dangerous or require quiet times that don’t align with a person’s sleep habits. Plus, in many parts of the country, particularly big cities, there may not be enough beds available for the homeless population, adds Jenny Friedenbach, executive director of the Coalition on Homelessness in San Francisco. For example, “There’s one shelter bed for every five homeless people in San Francisco,” she says.

This is another common utterance, Friedenbach says. And while it may be well intentioned, a statement like this reveals your prejudice against homeless people. It conveys to the person that, for the most part, you presume the homeless to be smelly, or drug addicts, or mentally ill. Whereas the only thing that really connects all homeless people is the fact that they’re impoverished and don’t have access to subsidized housing at the moment, says Friedenbach.

Homeless people hear this comment most often. But it fundamentally misunderstands and refuses even to consider what the person is actually going through. Many homeless people suffer from mental illness or other conditions that prevent employment. Or they’re on the streets because they once had a job, but suffered an injury that ended their ability to work.

Case in point: Just before becoming homeless in 2009, Staffa was making $20.20 an hour in a union job in Farmington, Minn., working for an employer he had been with for nine years. An on-the-job injury ended that, Staffa says, right in the middle of the Great Recession. For three years after that, he lived out of his car. The impact on his psyche, he says, was damaging. “Several friends of mine tell me ‘just find a job and everything will be fine.’ But I have to find myself again.”

“If I had a job, I wouldn’t be out here,” adds Joe while panhandling in Portland, Ore.

Winston Ross is a former national correspondent with Newsweek and The Daily Beast and now freelances for various outlets. He lives in Eugene, Ore.

NationSwell is a new digital media company focused on American innovation and renewal — the new innovators, pioneers, and builders who are doing the most creative and impactful things to move America forward.