It’s been decades since I have been in grammar school, so when I think of Thanksgiving, pilgrims or Indians don’t generally come to mind. I think of whose bringing what, where am I supposed to go, when will I get my Christmas shopping done and why, oh why, do men watch so much football.

Back in 1621, there were no parades, no Black Friday circulars, and no grocery stores to buy the bounty. There were just groups of people from different cultures celebrating thanks.

I do think I would have liked to be an Indian though – to wear my hair in braids, with a papoose of babies in the front and bow and arrow on my back. I think that would have been super cool. It appeals to me so much more than being a pilgrim girl and wearing one of those confining bonnets tied around my neck.

But whether you wear braids or bonnets or even flat iron your hair, most of us celebrate Thanksgiving. It makes us feel good to count each one of our many blessings from hot coffee to warm hugs, and having an excuse to eat copious amounts of food is like adding gravy to the mashed potatoes. It just makes everything that much better.

But somehow, I usually forget.

I tried to start a gratitude journal once. I committed to write down three things everyday that made me thankful. On the days that I did it, I never wrote just three. There was no way I could limit myself when so many came to mind.  By the time I wrote three blessings, three more came to mind and then six, and then nine. At some point I realized math was happening- that gratitude was increasing exponentially and that the more I acknowledged my thankfulness the more there was to acknowledge.

I wrote about such moments as holding my nephew, going on a trip with my husband, coming home, lunch with my mom, walking with my friend, a song that reminded me of being pregnant with my first born and for times when his younger brother gently playing with my hair.

I also wrote some dubious things on my gratitude list that included sweating, hiding under the covers (no doubt from myself) and cleaning mildew.

It didn’t matter that it sounded kind of hodge-podge. It mattered that I felt gratitude and it mattered more that I took a few measly minutes to acknowledge it.

If it were an algebra problem, and it is perplexing enough to be one, then the unknown in the equation would be if it was indeed so great, so magical to recognize all the things I had to be thankful for — then why did I quit?

It was the giant X in a problem that ultimately had a very simple answer – choice.

To know gratitude is a blessing in itself, but it doesn’t happen on its own. Like so much in life, it is a choice. It is a decision we make, time we take, and selfishness we forsake. (That has a nice rhyme to it, so don’t be surprised if it shows up in a rap song someday.)

But when we don’t take time to choose gratitude, we choose otherwise.

Perhaps the lyrics of the song Freewill by the rock band, Rush, say it best “If you choose not to decide, you still have made a choice.”

We have to choose to pause, to notice, and to acknowledge, otherwise by default, it seems we’ve made an entirely different choice. We inadvertently ignore the blessings of gratitude.

Each day we have the chance to notice all the abundance in our lives, all the beauty in nature and all the hope in humanity.

It’s easy enough to make the choice on a day such as Thanksgiving when we are surrounded by food, family, and if you are a fan, you could even add football to that list. It’s the rest of the days that the choice of gratitude often gets left undecided.

I am thankful that the Indians and pilgrims chose gratitude and for the generations who followed them who kept the tradition thriving all the way into a new millennium, so that centuries later, I am reminded of my own choice.

The legacy of thanks is one that can expand into infinity, if we choose to decide, and if we don’t, well, we would do well to remember that we still have made a choice.

Oh yeah, I almost forgot to list the three things I am thankful for today. 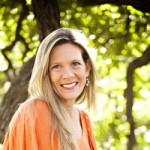 Read more from Lara at Mercy Me! I’ve got work to do.