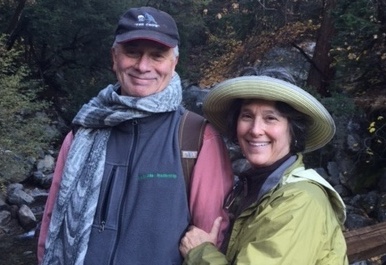 This week, my husband and I will celebrate our 36th anniversary.

Some years we’ve gotten dressed-up and gone out to dinner. Other years we’ve simply marked the day with a kiss.

Once, we were both sick with the flu and I vaguely remember clinking our glasses of orange juice together and then sleeping right through the day.

Then there was the year when we were so embroiled in struggle that we let the day pass without even a word.

That’s what marriage is: richer, poorer, good times and bad. Each year with its surprises and challenges, its hard fought lessons, its moments of sweetness.

To honor our many years together, here are 36 lessons I’ve found most valuable:

Winifred M. Reilly, MA, MFT, is a psychotherapist specializing in marital therapy and relationship issues, with a private practice in Berkeley, Calif. She is the author of the relationship advice blog Speaking of Marriage and a forthcoming book that explains why relationships are so predictably frustrating and difficult and shows what couples can do besides fight, give up or drive each other crazy.

& Give Your Spouse the Gift That Can’t Go Wrong