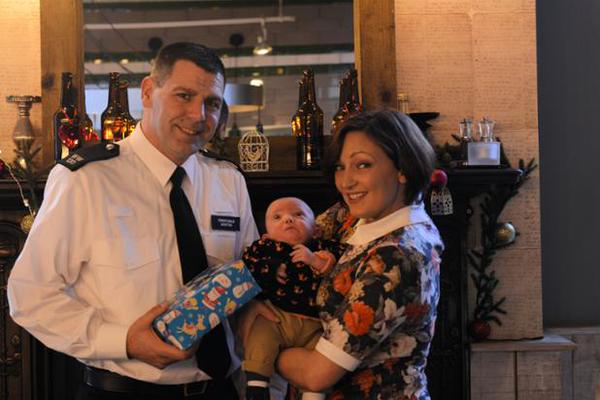 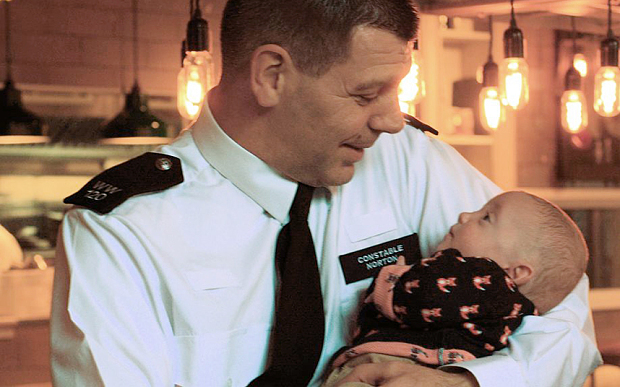 Police Officer Steve Norton was on patrol in London when he responded to a 999 call, reporting that a baby had stopped breathing.

When he arrived at the caller’s house just minutes later, he found baby Harrison Paine unresponsive and clearly in need of urgent medical attention.

Harrison’s mother Jo, who had only brought him home from hospital, days earlier, discovered he had stopped breathing as he lay in his cot.

Despite the fact he was wearing full police body armour, he managed to get there in enough time to allow the medics to stabilise Harrison and save his life.

Describing the horrifying moment she realised her son was not breathing, Ms Paine said: “My world crashed before my eyes. He hadn’t woken up for his feed, his skin had turned grey and his eyes were still.

“I immediately lay him on my bed and starting chest compressions and rescue breathing into his mouth and nose, just as I had been taught at hospital days before Harrison and I had been discharged.

“He responded and made a noise before he started to shallow breathe. PC Steve Norton arrived at my door and immediately handed Harrison over to him.

“I did this with complete trust and confidence. At that moment in time, I believed that he would do all he could to help my baby.”

PC Norton added: “I will never forget the moment Jo handed Harrison to me; I looked down at his face and it dawned on me that this could have easily been my baby who was a toddler at the time.

“I knew that every second was crucial to for this tiny baby who was not breathing properly. Jo was the one to initiate CPR and I have no doubt that her actions allowed me the time to get him to hospital.

“Sprinting with a fragile baby in heavy body armour was exhausting and stressful, but the moment I handed him to the medical professionals in the resuscitation room, I knew that I did absolutely everything I could for Harrison and Jo.”

The officer went on: “Seeing Harrison and Jo happy and well in the run up to Christmas has been the most worthwhile and heart-warming experiences of my career.” 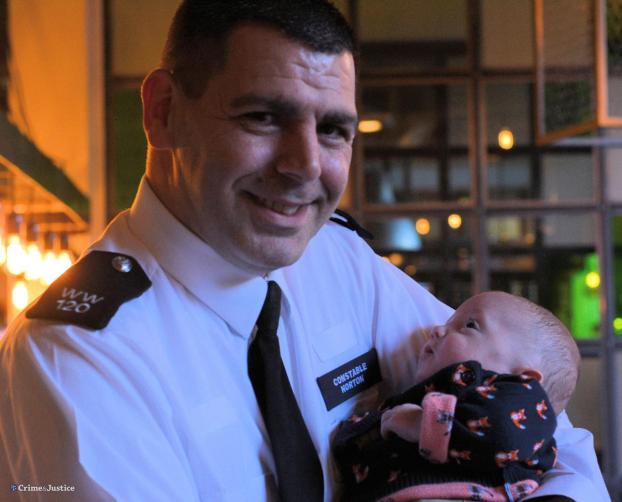