The old saying “don’t judge a book by its cover” remains as true now as it always has been. An initiative to fight against prejudice, the Human Library project provides people who have fallen on hard times or who have had a life of adversity.

In the Human Library you can rent people who have been through difficult times – and they will tell you all about it. It’s a way of debunking the stereotypes that have spread in so many places.

A dozen people have volunteered to become part of the human library set up in the London headquarters of an NGO called Crisis. They have all been through hard times. Some took drugs; others lived in the street or suffered from mental illnesses. They have put themselves at the public’s disposal and can be “borrowed” for half an hour, enough time to learn a little about their experience.

“I was agoraphobic,” says Teresa, a shy redhead with green eyes.

Why is she participating in this project? “To show that there is a face behind the illness and to dispel the stereotypes about it, since its often perceived as a form of laziness.”

Other “books” include Mafruha, a Bangladeshi refugee and poet; Joirute, a Lithuanian with a handicapped daughter; or Rafeik, a homeless drug-addict. On the wall, a board sums up their life story and indicates who is “available” and who is “taken.” 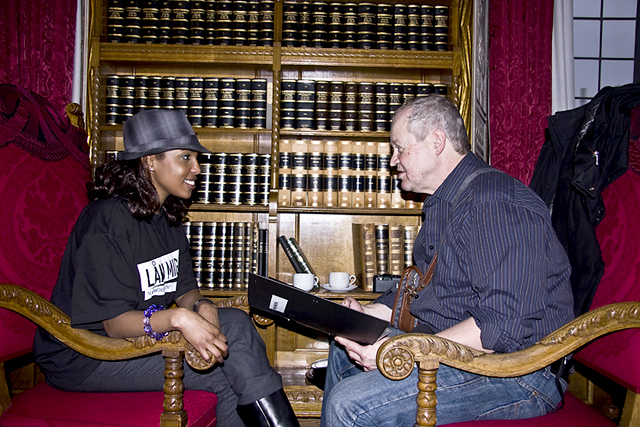 A former alcoholic and drug addict, 45 year-old Gordon is the first to be borrowed today.

“I started taking drugs when I was 11,” he tells the first four people who chose him. “I increased the doses, mixed ecstasy, amphetamines, cocaine, heroin. I went to prison.”

A listener interrupts to describe his own experience as an alcoholic. He wants advice on how to stop. “For me, the trigger was the day I accepted to see myself as a drug-addict,” explains Gordon.

Nearby, 42 year-old Stephen is telling a mother and her son about his incredible life.

“At nine years old, I was adopted by a wealthy family. I worked for the Queen and for Harrods. I met many famous people; I even went on tour with Michael Jackson. And then, after a nervous breakdown, everything came crumbling down. I ended up in the street.”

His audience is captivated.

“Talking about my past is a form of therapy, it enables me to put things into perspective,” he notes after his performance.

“I grew up in South Africa during the apartheid. I saw the effects of fear based on ignorance.”

She believes meeting with a real person can change things. Juliet, one of the “readers,” agrees.

“I really identified with one of the “books,” because we had grown up in the same city and were both victims of racism.

“When you look someone in the eye. There is a connection like no other. A sincerety and presence which we appreciate in all of our books and readers.”

As for the “books,” they are selected according to a strict process. “The goal is to have a group of people who represent all parts of society,” says the librarian. “From an HIV-positive person to a Polish migrant, as well as transgender or handicapped people.”

The “human titles” are regularly updated. “Since 9/11, it is important to include Muslims because of Islamophobia,” he says.

It is also important to take local specificities into account. For instance, the library looked into “chavs”, the derogatory term used for young white men from the working class. But the goal isn’t to reproduce stereotypes. 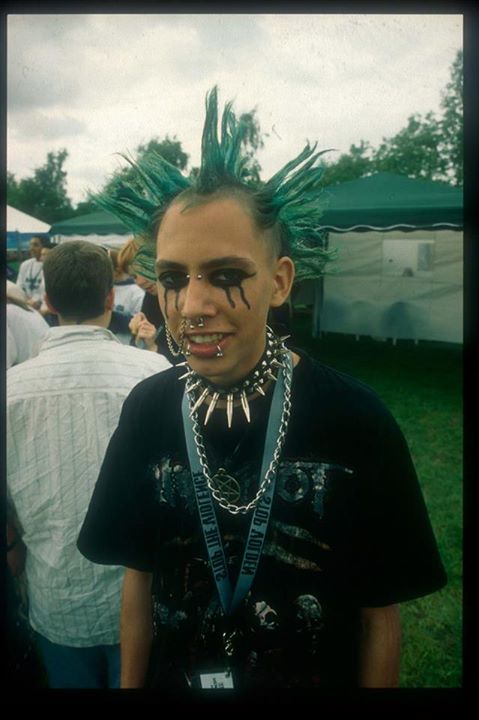 “One of our participants is a 85 year-old man who fled Nazi Germany when he was 14. When the audience chose the book called “Refugee,” it wasn’t expecting him,” says Little.

“We don’t want to tell people how to think, we just want to take them out of their comfort zone,” adds Osborne.

Sometimes the “library” is a place of learning.

“People learn, for instance, that an asylum seeker doesn’t have the right to work and therefore won’t steal British jobs,”

Osborne explains. Claire Carney, who organized several events in Preston, in the North of England, says the participants she spoke with learned that “you can’t catch AIDS through saliva or that a blind woman can have a child.”

Nick Little and Oz Osborne know that it will “never be possible to convince everybody.” Sometimes reactions are even violent.

“One man attacked me because it was suggested he borrow a gay book and he thought I was calling him a homosexual,” says Little.

“We were able to change a Christian fundamentalist’s mind on gay marriage.”

What a lovely, inspiring idea to bring people together and help reduce the ‘barriers’ that sometimes exist between one another! 🙂