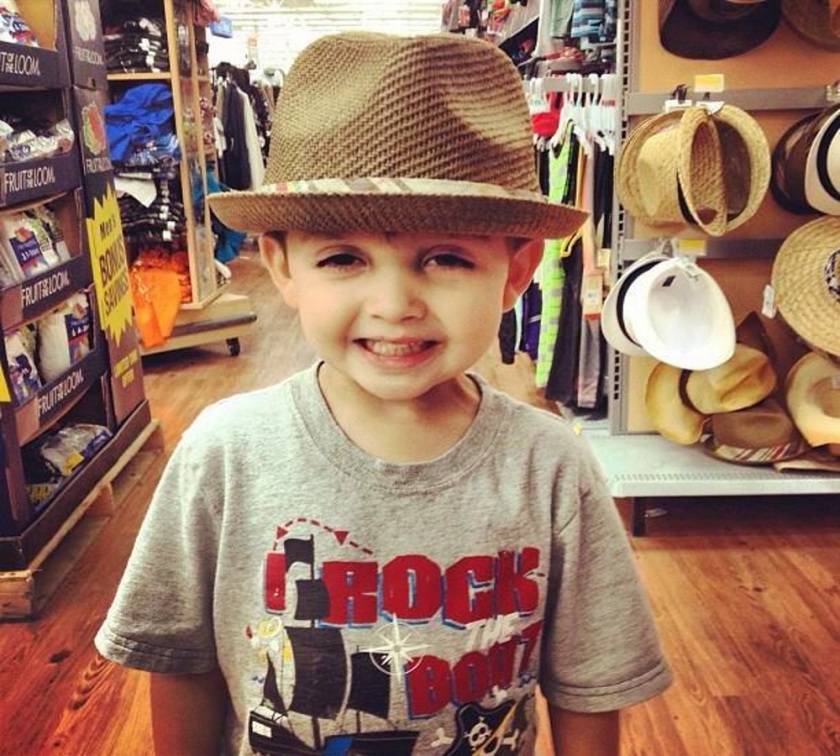 This heart-breaking story is an example of extraordinary kindness between two children, it is also a grand lesson in how we all might attempt to act in life.

The Make-A-Wish Foundation is a well-known charity that aims to help terminally ill children realize their hopes and dreams, under otherwise terrible personal circumstances.

Whether it be a trip to Disneyland, or a meeting with a famous hero the Foundation has assisted in bringing a moment of happiness into the lives of countless children over the years.

However, this story among such hardship does stand out.

In 2014, Make-A-Wish approached 6-year-old Levi Mayhew and gave him the opportunity to have his wish granted. Instead, he asked for his wish to be given to someone else – a 10-year-old girl from his school named Emma Broyer.

Levi is suffering from a genetic disorder on the Zellweger spectrum. Sadly, Doctors do not believe he will live to the age of eight.

Rebecca Drake, Levi’s mom, said he can no longer walk, talk, or sit up. He is also rapidly losing his sight.

As Levi’s health deteriorated, “Emma was one of the few people who could bring him genuine joy,” Rebecca told Indiana’s Reporter-Times.

“They had attended the same school at the time of Levi’s diagnosis,” she said. “Since finding out about his condition, Emma has written Levi letters of encouragement and has asked her friends to do the same.”

Emma could always manage to make her son smile.

And when Levi was given a chance to do anything he wanted, he asked that his wish be transferred to Emma and her family.

To reveal the good news Levi also asked for a party to be held for his friend.

“The party was completely a surprise to Emma,” Rebecca said. “When she came into the restaurant, she saw all of her friends and family and was seemingly confused until she saw Levi.”

Rebecca said that Emma “quickly came to his side, held his hand and said, ‘Hi Levi! It’s me, Emma!’”

“Levi was overwhelmed and crying prior to her arrival, but he calmed down as soon as he heard her voice…. After dinner, we told Emma that we had a shirt for her. When she opened it, the words on the shirt were ‘Levi wished for ME to go to Disney!!!’ Levi had a coordinating shirt that said ‘I wished for Emma to go to Disney!!’”

Levi’s condition meant that he could not go with Emma and her family; however, Emma thought of a way to have him by her side.

She took a colour printout of Levi with her and carried it around wherever she went while in Florida, including all the rides where she could at Disney World.

Emma and her family also made a scrapbook of their holiday to give to Levi when they returned.

“It felt so good to give back to this little girl. Emma has given so much to us without even realizing it,” Rebecca said.

“It’s a very warm feeling to know that another child loves and cares so much for your child, especially while facing the challenges stacked against us.”

To find out more about the Make-A-Wish Foundation, or to donate, head here.