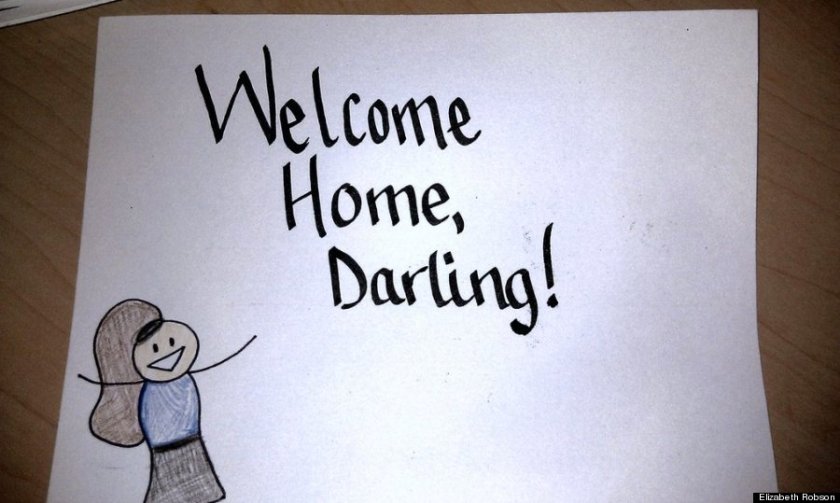 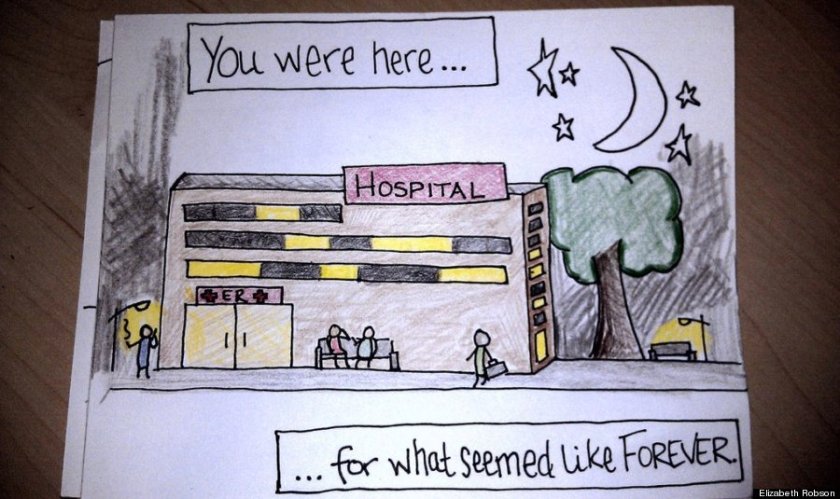 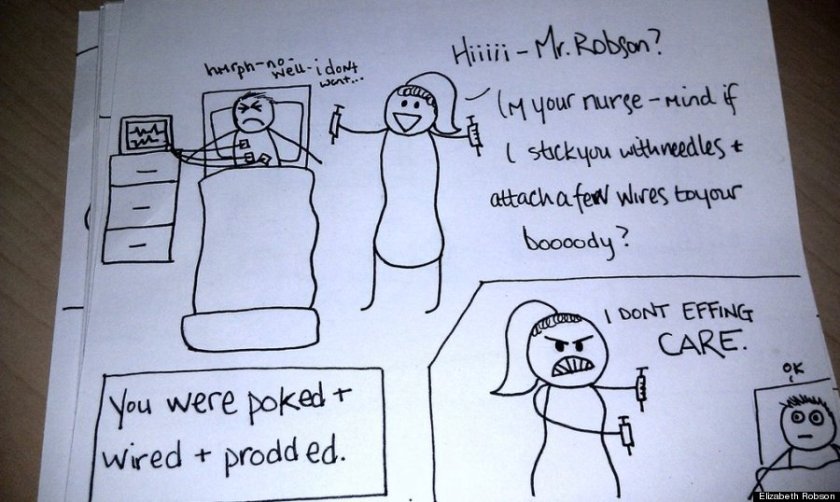 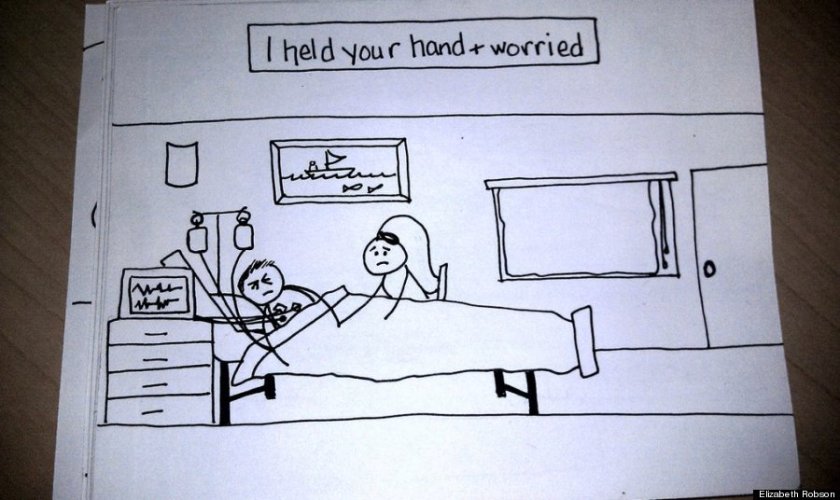 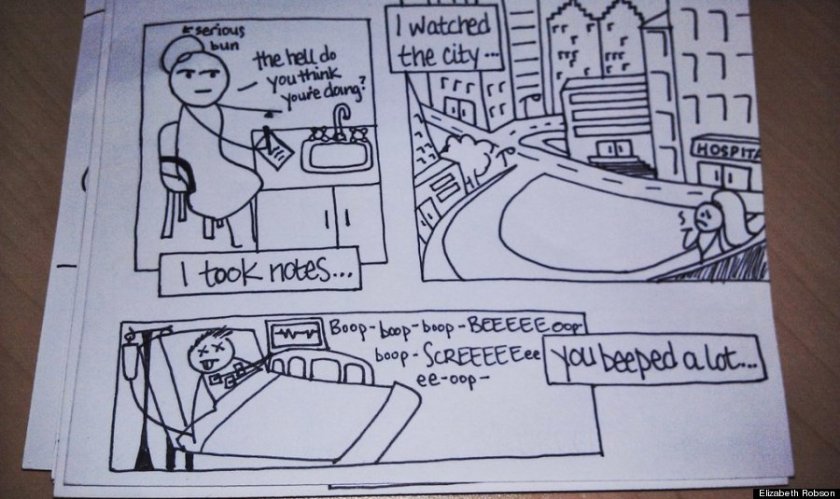 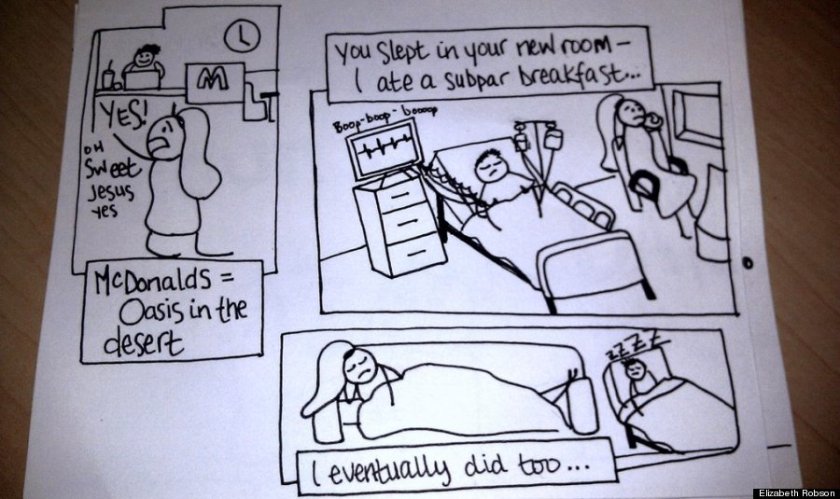 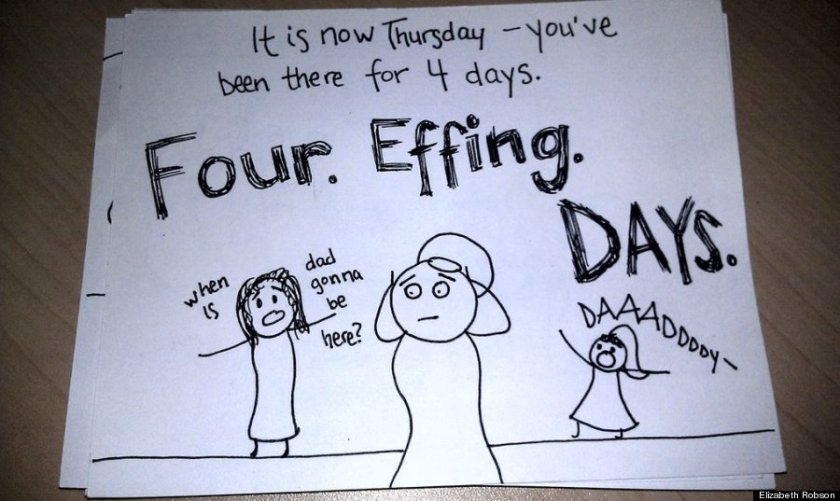 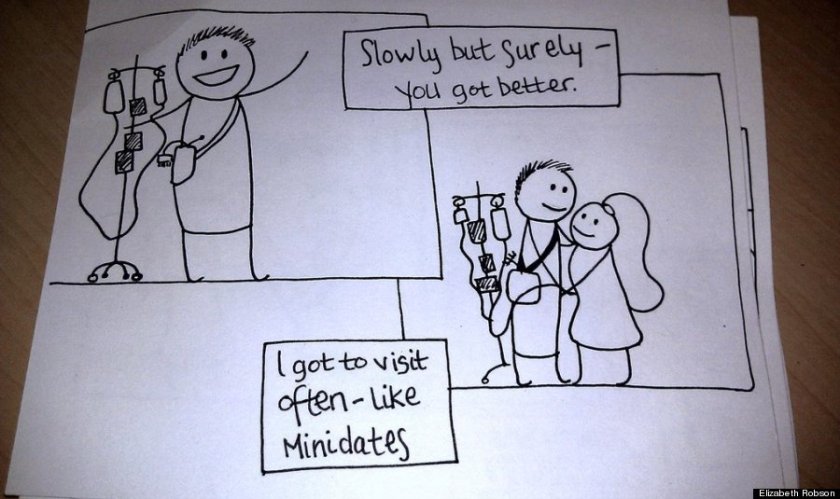 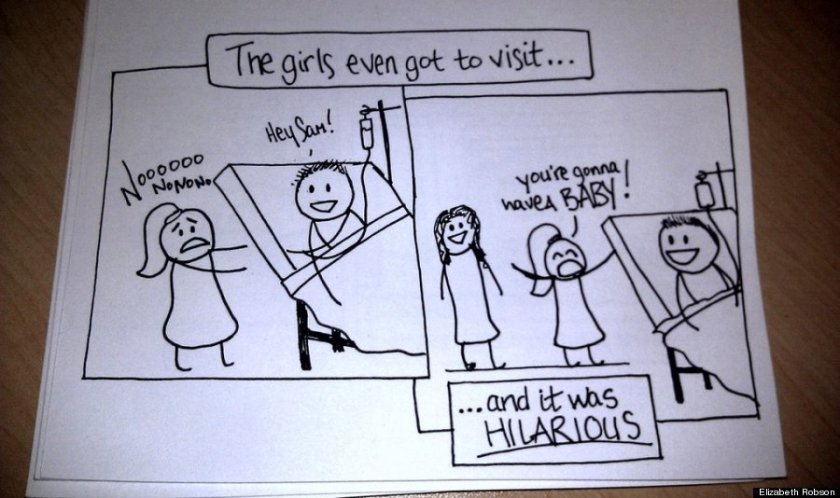 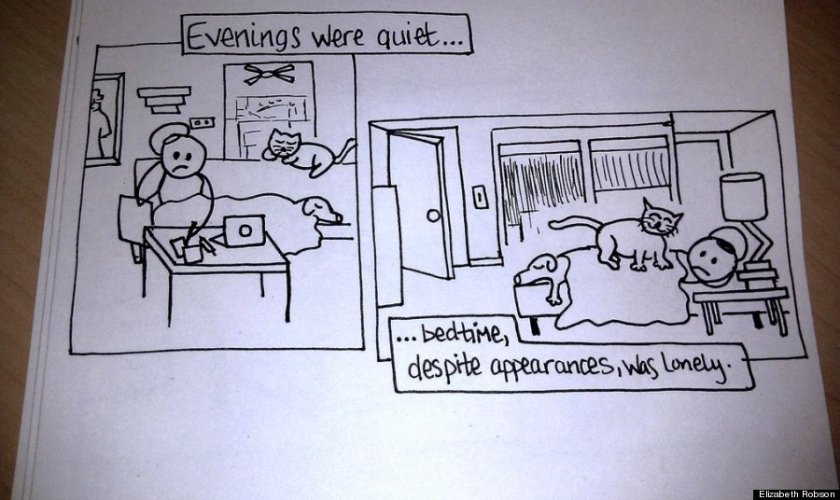 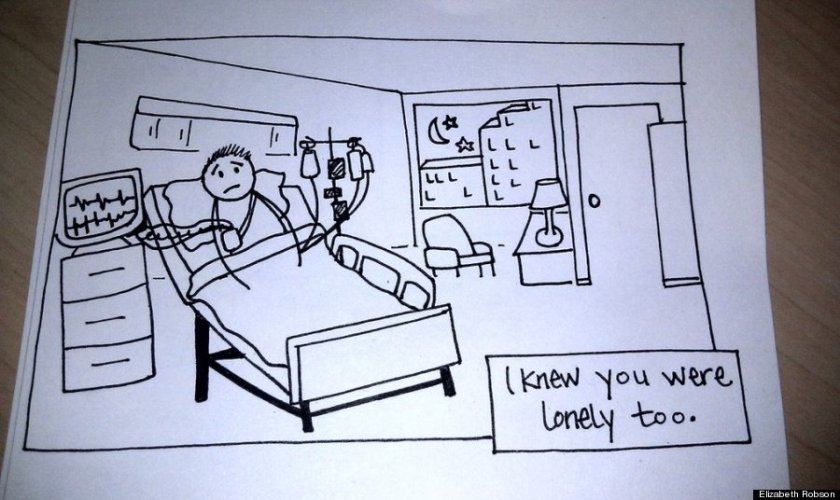 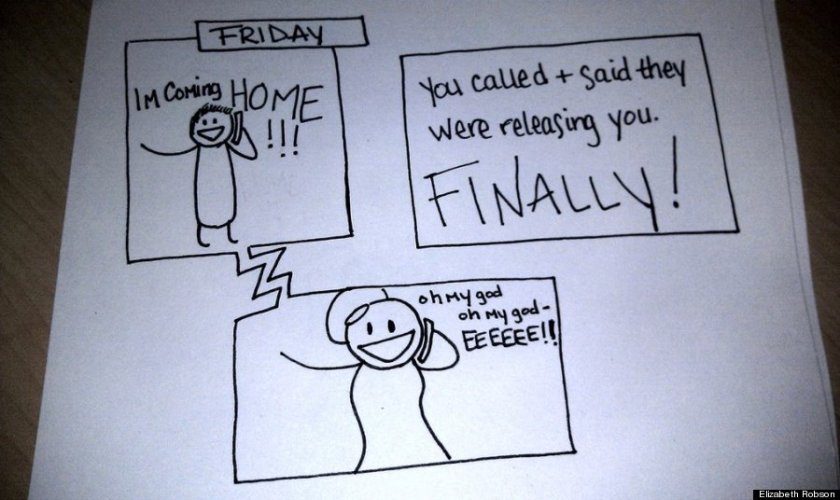 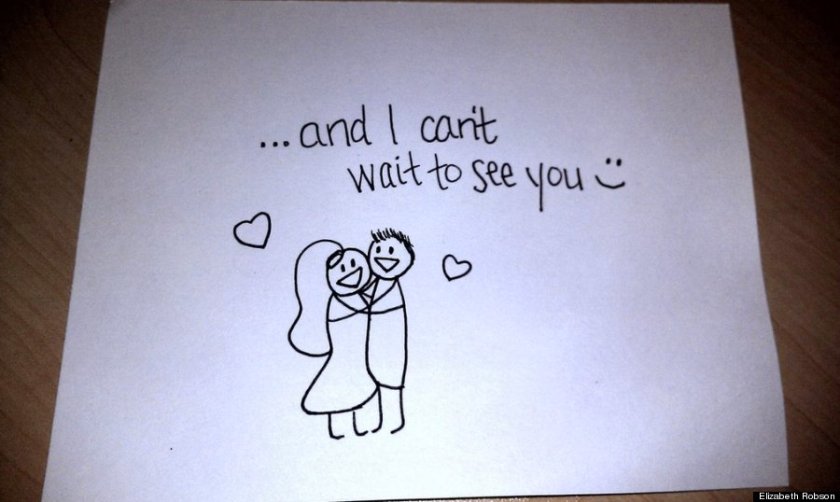 Marriage may have its ups and downs, but one Reddit user has reminded us of the real meaning of companionship.

After catching a virus from a bad lunch at the office, Ryan Robson was sent to the emergency room. Robson, 30, suffers from Autoimmune Polyglandular Syndrome, a condition that weakens his immune system.

“It should have just been a 24-hour kind of bug, but my system doesn’t handle these things like a normal person’s does,” he told The Huffington Post. Because of his condition, the trip quickly turned into a scary, week-long hospital stay.

“At one point I lost it. I tore off the monitoring cables and started panicking, then went to the bathroom and completely broke down,” he said. “It feels silly, knowing that some people spend months in the hospital, but at the time I felt the closest to losing my sanity that I’ve ever been.”

But frequent visits from his wife, Elizabeth, and a “mini date” in the hospital cafeteria brought him back from the brink.

“Her positivity throughout the entire situation was what helped me get through it, and knowing that I wasn’t completely disconnected from my normal life was huge,” he said. “Getting to disconnect my IVs for an evening and have a date with my wife in the hospital cafeteria was the greatest thing ever, and made me come to my senses about the situation.”

When Robson finally returned home, his wife had a special surprise for him — a series of illustrations welcoming him home

Robson posted the story to Reddit and it quickly went viral. He later admitted to HuffPost that coming home to his wife’s illustrations was an emotional moment.

“I said I ‘just about teared up’ in the Reddit post, and that’s a lie. I had to walk away before I started bawling once I got to the end,” he told HuffPost. “It was a big deal, to me, just to come home that Friday and have the kids give me a big hug, the animals jumping on my legs and to have my wife show me what she had been working on while I was away. She’s the best thing ever, and I’m glad that people had a chance to see that too.”