Felicia Nicole McCubbins wrote: This is the exact moment I met my daddy. It will be 23 years ago on March 15th, I was born on February 14th, 1991. 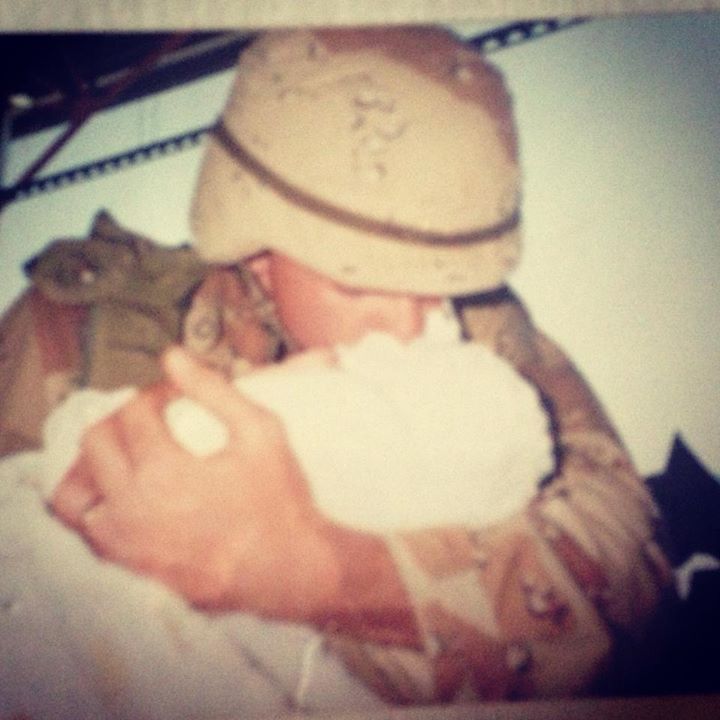 Katie Purdy wrote: I did this in November when my marine got home!

Karla Rodriguez wrote: Here’s them meeting for the first time

Nicole Walters wrote: This was my hand painted homecoming sign

A touching moment. A U.S. Army soldier meeting his baby for the first time, after returning from Iraq. 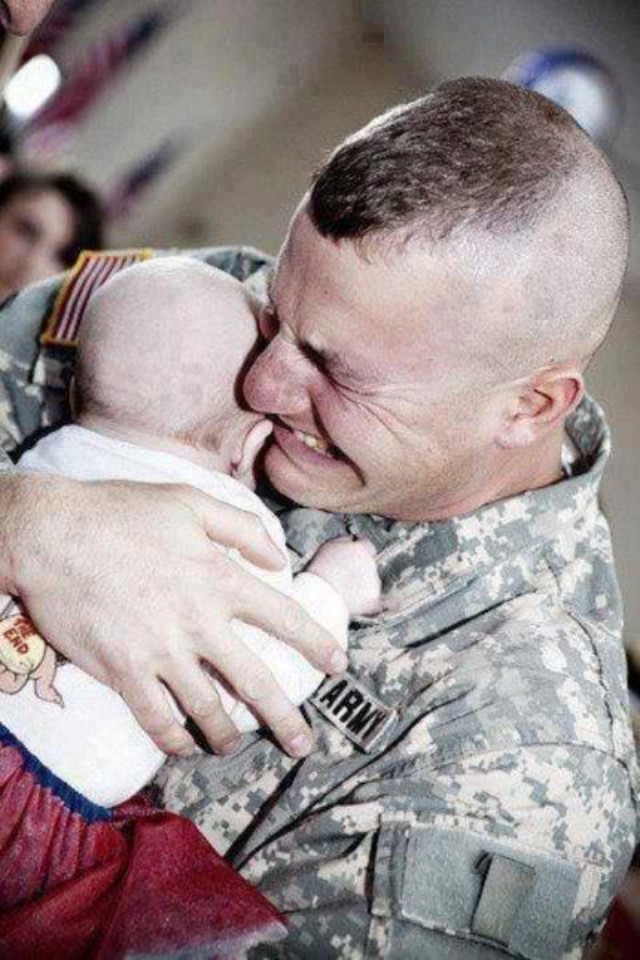 This picture was made two years ago when this US Marine saw his 3-week-old baby daughter for the first time. The young couple found out that they expecting a baby when this young guy was already away with his convoy. 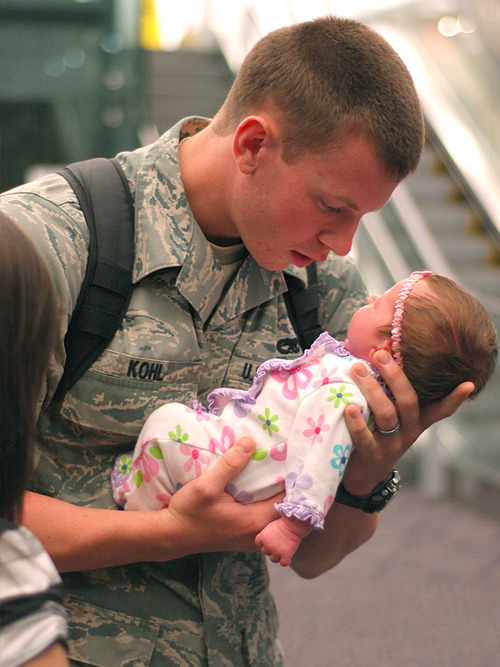 Being almost one year old this little girl has never seen her daddy. When she was born her father was still fighting in Afganistan. 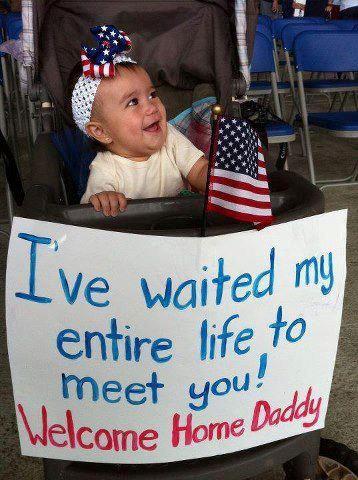 What a contrast. Holding a baby daughter after a heavy gun.

Terminal 5 of the International Airport as a delighted Brandon held his son for the first time. First meeting: Sgt Brandon Niles meets his son, Braedo 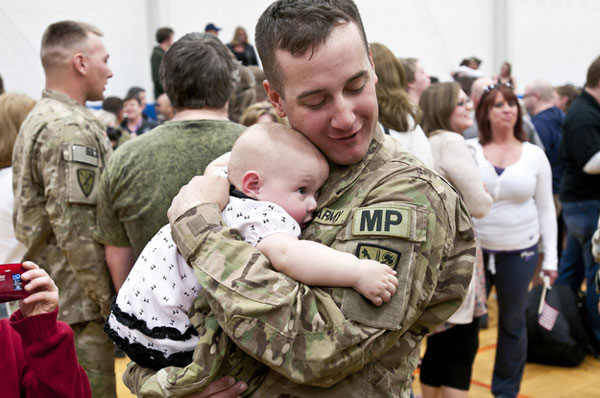 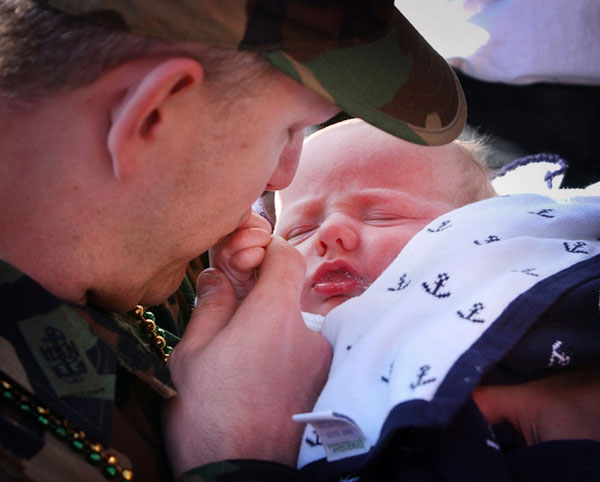 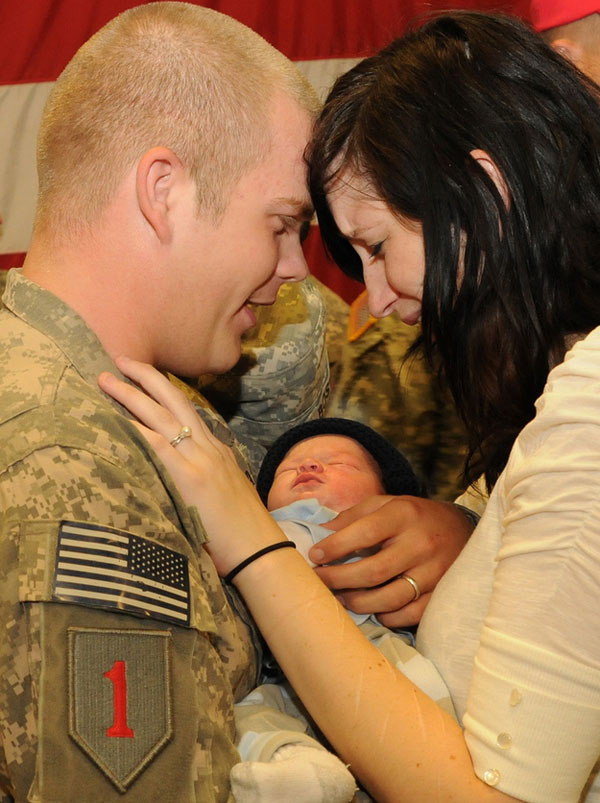 A marine meets his infant son. 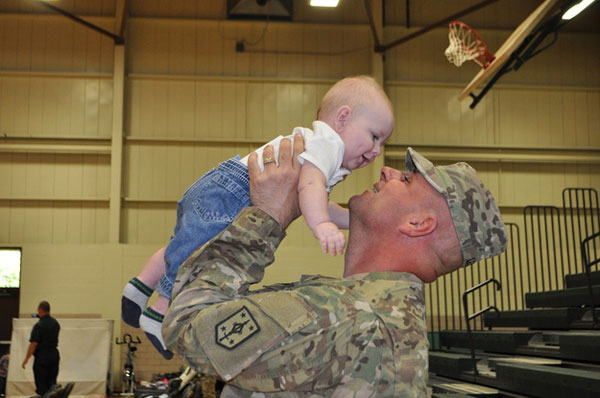 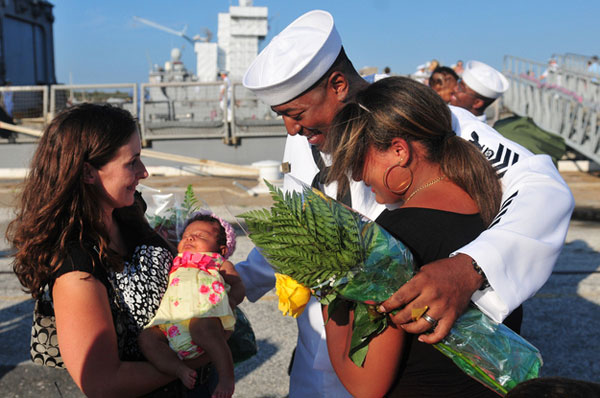 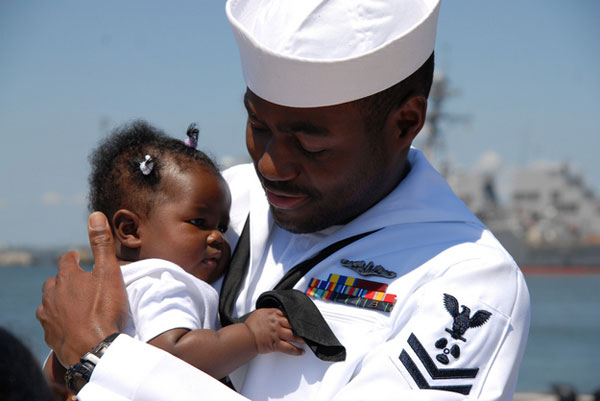