A recent discussion on Reddit asked the question above. 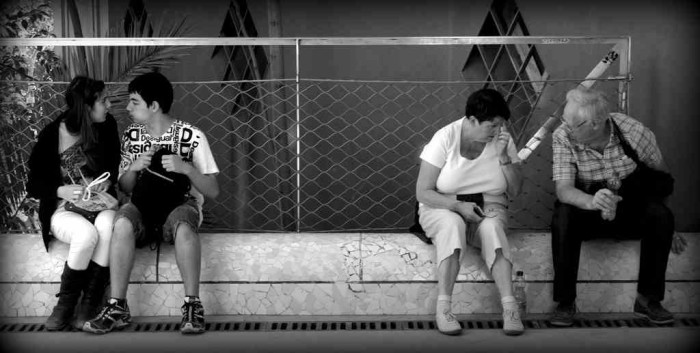 Contributors provided a wide-range of comments in response. Some of which made us laugh, some made our hearts ache whilst others provided food for thought.

“One morning when I was around 12, I arrived into the classroom to find that two girls that I had teamed up with to bully a fellow student had decided that I was no longer of interest to them, and they would now bully me. This took me by surprise and suddenly I had nowhere to sit in class.

The girl that we had been bullying smiles at me, and pulled out the chair next to her. I sat in it, and we ended up becoming best friends.

I don’t even see her anymore, haven’t since college, but everything good that has happened to me since can be traced back to that moment.”

“When I saw myself in the mirror and thought to myself. Damn, you really let yourself go. 100 pounds down and like 10 to go.It was a hard fight but worth every ounce of effort.”

“I drank A LOT. You couldn’t hang out with me at night unless we were getting shitfaced. I didn’t drink for fun or to be social. I drank to get DRUNK.

One night it was finally too much for my then-SO. She recorded the terrible things I said and did (I always blacked out so had no memory of any of it). When I saw/heard everything, I finally realized that I have a problem.

“Working as the lone night attendant in an old-school “mental asylum” and a patient, a prominent businessman from a small midwestern town, shuffled out of his room, unable to sleep. He sat quietly for awhile, then looked at me and said, “You hippies think that hallucinations are pretty colors and paisley patterns on the wall. But wait until someone knocks on your door in the middle of the night and convinces you that the most logical thing to do is immediately leave your house and your beautiful wife and wonderful kids and walk down the main street of your town completely naked. Now THAT is hallucinating.”

“April 13, 1983. I was six years old. I was in our back yard playing and found a turtle. I took the turtle to the front yard because I had a box to put it in. While I was playing outside my 18 month old sister wandered into the back yard unsupervised and fell into our pool and drowned resulting in her being in a coma for the next 20 years. While in the hospital with my little sister, my mom cut her ankle on a rocking chair and it became infected. She died on Labor Day, 1983. My father remarried to the most evil woman the following June (1984). She was abusive to all of us and made the next 10 years horrible until they divorced. By the time they divorced, my dad was in debt to just about everyone and the IRS was breathing down his neck for back taxes resulting in him spending some time at a federal prison camp.

I wish I was making this up and things are better now but I often wonder what would have happened if I had not found that turtle and stayed in the back yard. It was a horrible accident and blaming myself or anyone won’t change things but I know that my childhood ended that day and things would have been different had that one event never occurred.”

“When I met my wife.

She’s been my best friend pretty much since the day we met. She helped me figure out my life during a time (in college) where I had no vision or drive. Most of the good qualities I have as a person I’ve learned from her (Midwestern values). She’s showed me how to properly communicate with people. She’s been pivotal in developing my amazing career.

She’s the best thing that’s ever happened to me. I’m sure she knows it, but damn it I’m going to buy her flowers tonight on my way home from work and tell her.”

“When I left my abusive boyfriend. I thought I would be totally alone. He had moved me hundreds of miles away from my family. He convinced me that he was the only one who cared about me, and I should be thankful because I didn’t deserve it. I was useless. He wouldn’t let me make friends or go anywhere without him because I’d be a burden on anyone else.

But then I left, and I wasn’t alone at all! I still had friends, and my family missed me so much. Even strangers cared about me. I learned that day that I have value. Now I volunteer at a women’s shelter, and try to help others see that they do, too.”

“The day I found my boyfriend after he committed suicide. I have never been the same (it was 2 years ago). Don’t really know who I am yet but I’m not the person I was before.”

“The morning my husband died. When the EMTs came down (from our bedroom) to tell me that he was dead I had this terribly bleak thought of how irreparably changed my life would be from that point forward.

Then I just got down to it, picked up the pieces, and got my new life into order. But it literally changed everything.”

“Mine would have to be 7:34 Friday Sep 20th 2013. After waiting for nearly 7 months, my husband got the call for a double lung transplant. He has cystic fibrosis and had quickly been deteriorating. He had spent 3 weeks prior to his surgery in an icu fighting for his life. He received a double lung transplant on the 21st thanks to our donor and their family.”

“Used to be involved in gangs, selling drugs, getting into fights. Chilled with a mate one day who was a pretty big dealer (feuding with the bikies as he was selling more than they were) when he told me something that changed my life. He told me that he did it as he had nothing to live for, no one there to guide him so he grew up on the streets and that was all he knew, whereas I had a family behind me that loved and cared for me and that I had an education and should continue with my career (studying to be a doctor). That one conversation with him has changed my entire life. I stopped everything within a couple of months, hardly hang out with the bad crowd anymore and turned my attention towards achieving my career.”

“The day I kissed my best friend. Fast forward 6 years and him and I have bought a house, have 2 awesome doggies and 3 tortoises. That kiss was life changing.”

“Sophmore year of college. I’m walking towards my dorm and these two girls who I had only met once before and who also live in my dorm are walking by. They stop me and just go, “We’re going to be friends.” And we did and they were basically my first real friends at college and it started my rise out of depression.”

“When I found out that my mom has Huntington’s disease and that I have a 50% chance of having it as well.”

“This is gonna get buried, but here goes:

I called a suicide hotline on November 17, 2011, and a man named Ben saved my life. I entered a partial inpatient program on November 19th and spent until January 19th in that program and an intensive outpatient program. I was diagnosed with bipolar disorder and put on proper medication, and I slowly began to feel like a real person. I didn’t have fifty moods a day, didn’t scream my head off at people any longer, and stopped cutting. The scars are all but gone now.

Then I made a trip on a whim to South Carolina to visit a friend and met my SO. Now, nearly two years and 1800 miles later, we’re still together, still being frank about my disease when it causes problems, and learning how to be adults together. I owe Ben on the other side of the line my life.

“Pretty tame but this is my tuppence worth
I went to a Butlins holiday camp (a UK holiday site company) and overheard ‘Dr. Fun” a kids entertainer say “I fucking hate kids”. Somebody had smeared a ‘Black Jack’ sweet (candy) in to his white trousers. I was about 7, I find it funny now but when I think back, that’s the point when I discovered that all is not what it seems.”

“I got a job working with refugee students and over night every single one of my problems became a lot more trivial.”

“The day my two bosses got together and did an alcohol intervention for me in 2002. My life changed that day.”

Life can change in a moment.