The Memories From One act of Kindness can Last a Lifetime 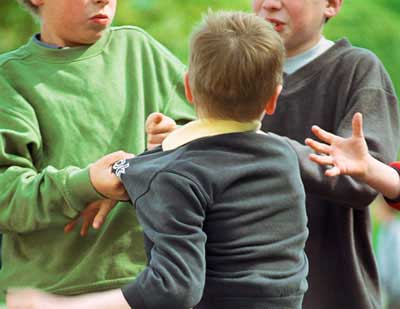 Over 30 years have passed, since this particular act of Kindness was shown towards me, yet I can still clearly remember what happened and I remain deeply thankful to the person who helped the little boy that I once was.

I was an eight year old school boy, a bright but shy and skinny lad with not much confidence at all. The opposite of me was Frank (not his real name) who was an over-confident 8-year old lad with piercing blue eyes that didn’t seem to blink as often as they should. He was a bit ‘starey’, ya know? Sort of Starey-scarey. I knew that some of my friends were frightened of him. He swore sometimes, even had sworn at a teacher once, and had been escorted out of class many times for being a nuisance. Frank had a bit of a reputation for being ‘fierce’ and he wouldn’t hesitate to punch a fellow pupil if they upset him in some way, leaving them with a dead arm or leg.

My first proper memory of Frank was when he was watching me as my mum walked me into school one morning. He didn’t say anything then, but later in the day I was standing in a queue and I heard snickering behind me. I turned around to see Frank and some of his cronies looking at me with smiles on their faces.

“Your mum is a witch”, Frank said.

I didn’t know what to say, but felt a mixture of hurt in my heart at the insult to my mum and fear at what might happen next.

“I said your mum is a witch, a ginger bitch, freckly witch”.

He laughed, his friends laughed and I burned inside with shame and embarrassment. I burned but did nothing, because I was too afraid.

I told my dad, an ex military man, about this when I got home and was advised to meet hostile fire with hostile fire. Mum said to just ignore Frank, but dad counselled a far different strategy.

“Punch him as hard as you can right on his nose. That’ll sort him”, my dad advised.

I didn’t follow my Father’s advice though, I just avoided Frank and his daily insulting comments as best I could in what was a relatively small school.

Some months after this, I was playing in the sunshine on a school field during lunch break. I can’t remember what us boys were all playing, probably a chase game, maybe it was football. What I do remember though is feeling afraid again because I noticed that Frank was staring at me with those eyes.

I turned away from him and tried to carry on playing but I knew that something was about to happen. I was right. Frank had obviously decided to make the move from verbal to physical abuse. The next thing I had been grabbed and tripped up on the grass. The other boys I was with had stopped playing and were watching as I stood back up and then Frank tripped me up again. He didn’t say anything, not even a word, he just looked really angry, and when I tried to get up again, he swung me round and round and then let me go.

The impact as I crashed into the ground knocked the wind out of me and I could feel tears coming even though I was trying to hold them in. Frank then grabbed my hair and spat right into my face. I went to stand again and he kicked my legs and tripped me once more. By then I was crying in shame.

As Frank went to grab me again, one of the boys I had played with, but did not know that well, Steven (his real name), stood in Frank’s way and said “That’s enough. Leave him alone”.

Frank told him to get lost and pushed him, but Steven held firm and would not get out of his way.

Every time Frank tried to go round him, Steven blocked him and kept repeating, “just leave him alone”.

I don’t know exactly why Frank stopped acting up, maybe he was put off by Steven’s commitment to protect me. Who knows? What I do know, and will never forget, is that Steven had helped me when I really needed someone to help. He stood up for a young, frightened boy that was being bullied, risked himself, and made what was a bad situation, better. When Frank walked away, Steven helped me off of the grass and smiled at me as I thanked him.

Frank continued to make comments to me after the incident on the field for many weeks but he never got violent again. Not with me anyway. He had a few fights in the playground with other boys and eventually he was expelled and went to another school.

About ten years ago, I looked both Frank and Steven up on Facebook and the Friends Reunited website. Frank was now living in the US, married with a family and living, what appeared to be, a very successful lifestyle. In a way I felt happy for him but also felt that old-but-still-there bitterness you might feel towards someone who has hurt you in the past.

Steven, however, did not seem so happy.

I messaged Steven, more than once, to ask how he was etc but he never replied. A shared friend of ours from school said he had also never replied to any of her messages.

So, I’d like to take this opportunity to say thank you Steven for standing up for me and helping me to cope with bullying. You probably don’t even remember what happened way back then and, most likely, you’ll never see what I have written here. But I’ll never forget what you did for me that day and I hope you are okay, wherever you are. Thank you so much.