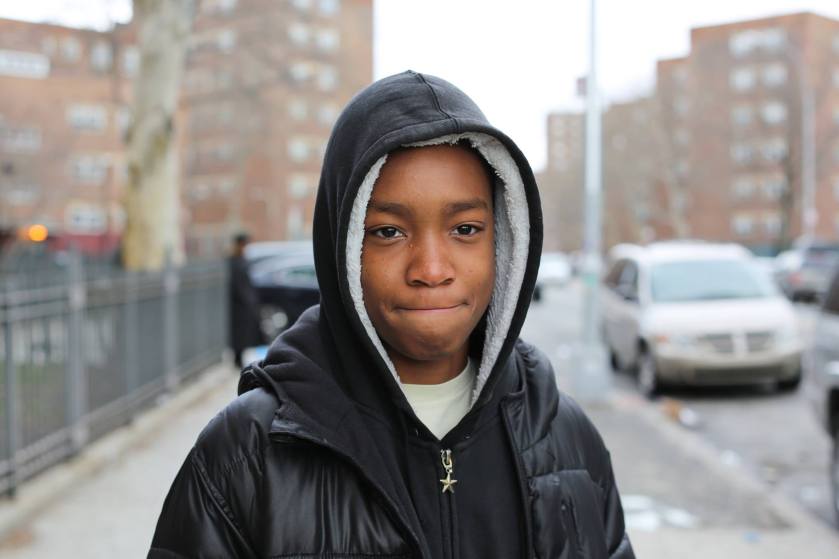 Vidal Chastanet was asked by a New York-based photographer to name who has most influenced his life.

His answer: ‘My principal, Ms Lopez.’

Why? Because she ‘tells each one of us that we matter’.

“How has she influenced you?”

“When we get in trouble, she doesn’t suspend us. She calls us to her office and explains to us how society was built down around us. And she tells us that each time somebody fails out of school, a new jail cell gets built. And one time she made every student stand up, one at a time, and she told each one of us that we matter.”

Last Thursday an Indiegogo fundraising page was set-up for the academy which is situated in a ‘crime-stricken’ Brooklyn neighborhood.

The aim was to raise $100,000. Take a look at the Indiegogo page now to see how much has been pledged already! 🙂

Principal Lopez said: “‘This is a neighborhood that doesn’t necessarily expect much from our children.

‘So at Mott Hall Bridges Academy we set our expectations very high. We don’t call the children “students”. we call them “scholars”.

‘When you tell people you’re from Brownsville, their face cringes up. But there are children here that need to know that they are expected to succeed.’

Mott Hall will use the first $100,000 raised by the campaign – which ends on February 5 – to provide each incoming sixth-grade class annually with a chance to visit Harvard in Cambridge, Massachusetts, the New York Post reported.

The first student trips to Harvard will be in the fall. The Academy, founded by Ms Lopez in 2010, will use funds raised beyond the original goal for summer programming for students.

‘Learning stops during the summer for my scholars. We have what is called a “summer slide”,’ Ms Lopez said. ‘They need a safe place where they can do activities and continue to grow their minds.’