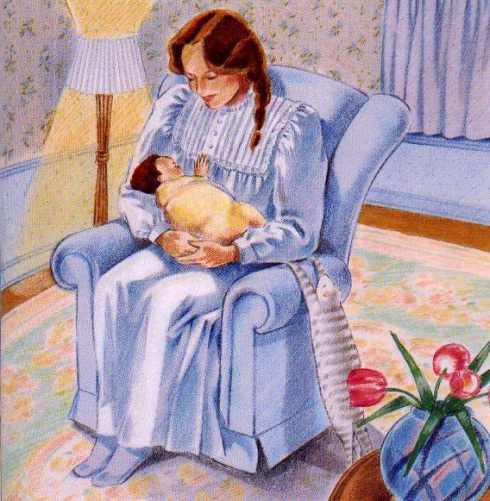 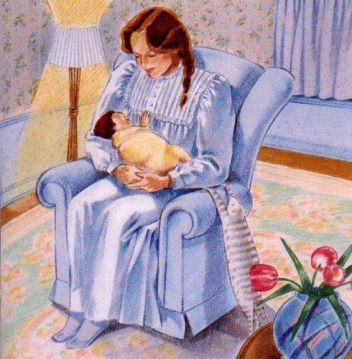 Struggling to stay awake, the night is active all around me, enraptured by the dark that has blanketed the world. It is quiet. Too quiet for my liking, but peaceful & calming all at the same time. Quiet like this can never be found during the day, for even when the house is still, the world outside is busy hustling & bustling about, moving within the daylight as if it will never come back again.

I’m shook from my trance as a tiny giggle erupts from the warm body at my side, snuggled up there because she’s too big to snuggle up in my lap now. It’s way too late for us to be awake now, but my devilish angel of a princess awoke from a dream, unable to fall back to sleep after a long while. 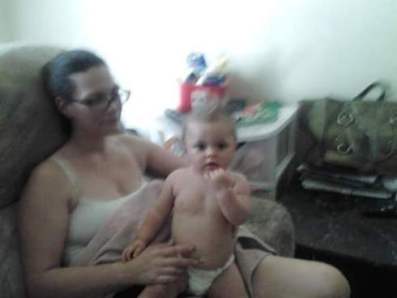 We are sitting together in the over-sized rocking recliner I used to sing her to sleep in, as the lull of the chair’s movement sent waves of sleep washing on over her. Sometimes, even me as well. Oh, how I miss her being able to fit so perfectly in my lap as we rocked & I sang, You Are My Sunshine. I miss the way she seemed to feel so heavy, despite being so small, as she curled up tight against my chest, knees tucked under my boobs, head resting on my shoulder. How could this tiny beam of sunshine grow so bright & strong in just three short years of life? It amazes me as if it didn’t amaze me just the same with each of her three older siblings.

When I first found out I was pregnant with Stinx, my fourth, very unexpected pregnancy, I was shocked beyond belief. I was on depo provera to prevent another baby, because I was on a powerfully strong dose of a dependancy-causing medication for a chronic spinal disease, fresh in a program to help with the addiction to the other narcotic pain meds I had abused in the past. The realization of this fact, & all it meant for the future of the life growing inside me, scared me more than anything I’d ever been afraid of before.

The end results of a pregnancy with addictive substances of any kind- legal or not, was more than familiar to me. Working as a Health Unit Coordinator in the Special Care Step-Down Nursery at a busy hospital in the northern suburbs of Detroit, had already exposed me to the heart-wrenching, soul-shattering results of a newborn going through withdrawals.

These babies are in soooo much pain that can’t be eased without continuing the dependency that was inflicted in-womb. They wail, a soulless cry, in a tone unlike any other newborn. It sounds like that of a Banshee, found in Scottish/Irish folklore, crying out the loss of a clans-member, casting the news of the death to family members far & wide.

Withdrawal babies twitch, as if in a never-ending seizure, because their nervous system is out of whack & super sensitive. Their nerves are so revved up by the hypersensitivity, that the slightest touch sends them into micro-convulsions, increasing the wails to hysterical levels of earth-shattering proportions.

God, I was so very, very afraid!

Many people wonder why I couldn’t just stop taking the meds & save her from the inevitable misery. Unfortunately, putting my body into withdrawal would increase the risk of miscarriage before 12wks to 90% & 75% after that mark. That would be like the same as choosing the implausible solution someone trying to be helpful once suggested to me- an abortion. There’s no way I could live with myself for that either.

I was in the biggest catch-22 of my life, because either choice had consequences I would never wish upon my own worst enemies.

Death or Withdrawal, which, unless you’ve ever had the curse of experiencing before, death seems like a better option because it’s the worst hell on earth of them all.

There was nothing I could do but put the choice on my husband. He had made this life just as much as I. There was no choice for him, the second option as implausible of a concept as it was with me, as well. So the Stinx grew on, as I did everything I could to stay healthy & make even better habits in every other aspect of my life to protect her from any other harm at my doing. Though the doctors warned me that I would need to increase my dose as she grew, so there would be a steady amount based on her weight gain as well as mine, & all that nonsense, I refused to go along.

At her birth, I refused to take any other medication for pain, not even getting an epidural, but those haven’t been an option since my oldest was born because of my back issue. She was rushed off to the NICU for evaluation, only being laid on my stomach long enough to cut her cord & scoop her back up. It was five hours before I was finally allowed in. They told me I was looking at a 6-8 week duration before being sent home on medications I would have decrease over time for another four or five months.

Her birth had come exactly two weeks before Thanksgiving that year. I spent those two weeks trying to balance hospital visits around three other kids & a husband with a brand new job that he couldn’t take any kind of paid leave from. We only had one car & our families weren’t supportive enough to offer us a single bit of help, not even just a half hour of babysitting for visits with my sick baby because children under 12 weren’t allowed.

Life was miserable, exhausting, & isolating at best. I was running on nothing but the pure primal instinct for keeping your offspring alive by any means possible. 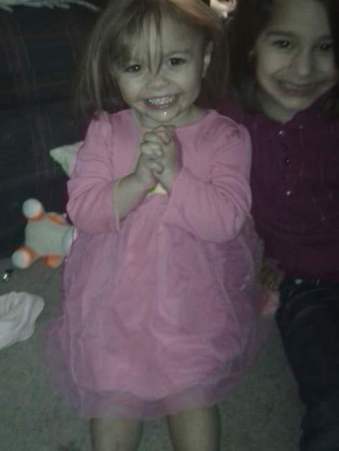 Thanksgiving morning, we answered the phone, expecting our daily report on her status from overnight, but to our absolute joy, we were told to come get our Stinx the heck outta there because she was good to go. The doctors are still baffled by how well she did & how little she actually withdrew over the course of her stay. I’m not saying that she never showed any symptoms, because she did. She even had to come home on one medication that had to slowly be decreased over time, but even with that battle, it only took five or six weeks instead of the months on multiple meds, they predicted on her first day of life.

Stinx, my now fiery, ostentatious, compassionate of an extrovert, was built a fighter, genetically gifted with a spirit always ready for battle from the beginnings of her creation in my uterus. Stinx is something real special. There’s something about the fact that she beat, not just one set of odds, but multiple sets, with a deck fully stacked against her, to survive without great affect or long-term damage.

If anyone was ever destined to be here, to have been born out of a purpose beyond our ability for comprehension, it’s Stinx. 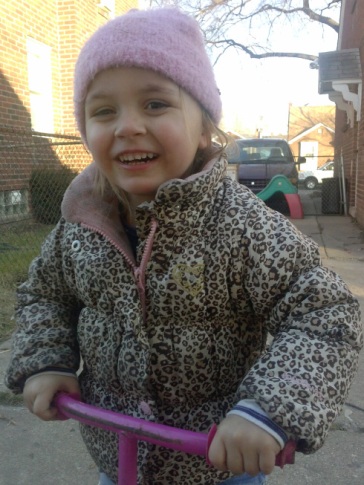 So as I sit here with this not-so-baby baby of mine, in the pitch black darkness, I can feel all the feels a mother can ever possibly feel for her child. I’m caught up in a moment of whirlwind emotions & memories, retracing the steps back through time to the point Stinx MaJinx, who by all odds should never have been, was jinxed for life.

A blessed curse or a cursed blessing, either way you call it, precious little girl, full of wonderment for all things, & a free-spirited fire sign, Stinx MaJinx, was born to me. We rock together, with her head laying over my heart, giggling about only those things that 3yo Stinx could find so funny in the middle of the night. And I can’t help but be thankful for those fated stars twinkling high in the night sky, just out my big front window.

Kristina is a SAHM of four hoodlums that drive her to the brink of insanity almost as much as her husband of seven years. Kristina’s new to this whole bogging thing, technology & her are long time enemies, so bear with her as she figures all this stuff out. Writing is how she has always coped with life & all of it’s blessings & curses.

You can also follow her at her blog angrivatedmom