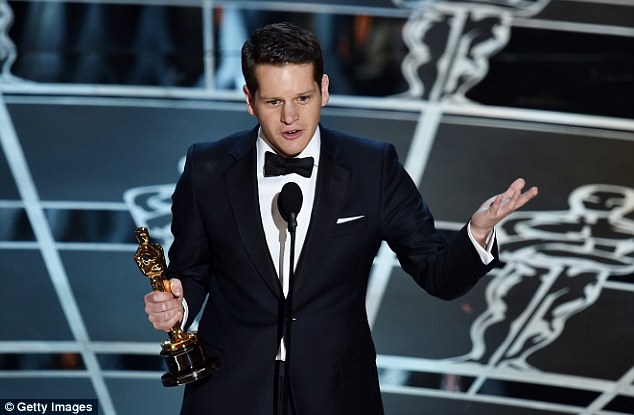 The screenplay was about Alan Turing, the genius codebreaker who did so much to help the Allies overcome the Nazis during World War II, but was later demonized and eventually committed suicide.

He used the win to give a powerful speech about being ‘different’, depression and suicide awareness.

His moving speech has been welcomed with much praise with several stars including Ellen DeGeneres and singer Ariana Grande applauding it.

DeGeneres wrote on Twitter: ‘Congratulations Graham Moore. That speech was beautiful. You should think about being a writer.’

While Grande posted: ‘Anyone else want to hug and thank Graham Moore?’

The screenwriter said he had imagined the moment on stage as a teenager when he would get to say those things during an acceptance speech, and said that it was surreal to be able to do it for once in real life.