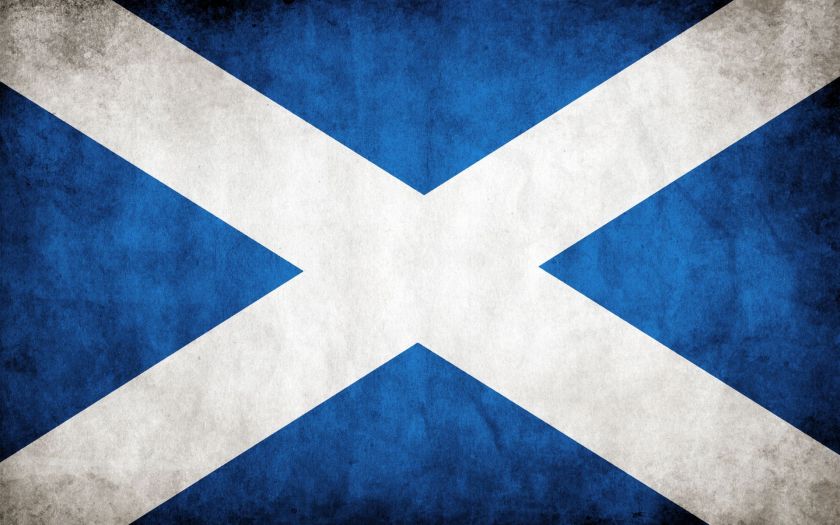 It has truly been my good luck to have lived in Scotland for the last 30 years. You see I am an ex-pat from Illinois who first arrived here in 1977. I stayed until 1980 when I was pulled home as my parents were older and Mom was in ill health.

While here I made a wonderful friend from Buckie, an old fishing town on the Moray Firth coast. John and I were like brothers to one another and took many a road trip together. We were both in low spirits when he drove me to the train station in Forres (a small town near Inverness) to begin my return to the States. I remember stopping for a pint as we toasted our friendship.

Quite unexpectedly he handed me £400 – a lot of money in those days.

He said the company he worked for had a sponsorship scheme that enabled employees to pass on small amounts of money to those in need. I will always remember the sadness on his face when my train pulled out.

I was planning to sit up all night on the London ‘sleeper’ train to save money for my arrival back in America. Whilst lost in my own world of future and past, the friendly old conductor came by with a hearty ‘hello’. We chatted a little and I told him how sad I was to be leaving Scotland. Twenty minutes later he reappeared and motioned me to follow him.

He ushered me into an empty sleeper cabin, put his finger to his lips and smiled. In the morning he brought me coffee and breakfast, just like a paying customer. Such kindness.

Three years later I came back to live on a small and magical island off Mull on the west coast where I worked as a farm hand and fisherman. After two years, I met a Californian woman there and ended up once again, returning to America.

On the ferry that runs between the Isle of Mull and Oban on the mainland, I looked over to see a local crofter whom I’d helped with his sheep many times. Hugh had a craggy, weather-worn face with kind blue eyes. He was not a rich man – lived by the price of a few sheep. I told him I was returning to the US. He gazed over the ship’s railing at the rugged beauty of the landscape perhaps thinking what it would be like to take a last look at these shores.

He pulled out an old brown leather wallet, took out a £5 note and put it in my hand. It was the kindness in his eyes I remember most. He thanked me for all my help and explained that he just wanted to make my leaving a little easier.

Well, in 1991 I returned (yet again) and have lived here ever since. Both times I’d left previously I had no idea if I would ever see the big skies over Scotland once more.

I was telling this story to friends the other day and it dawned on me that each time I left it was with wonderful acts of kindness I and was reminded of a saying the Scots say when you leave – Haste ye back. Nothing could have called me back more than these acts of kindness.

Now I have been back in Scotland for almost 25 years – or home as I call it. I am married to the most wonderful women there is and we live out in the country in the highlands – a stunning view from every window.   I always say I was pulled back to my home by kindness. Scotland has brought me so many wonderful friends and I’m treated like I’ve lived here all my life even though ‘I havna lost my accent’.

And by the way, I found out years later that it was actually John’s own savings of £400 and not that of his company.