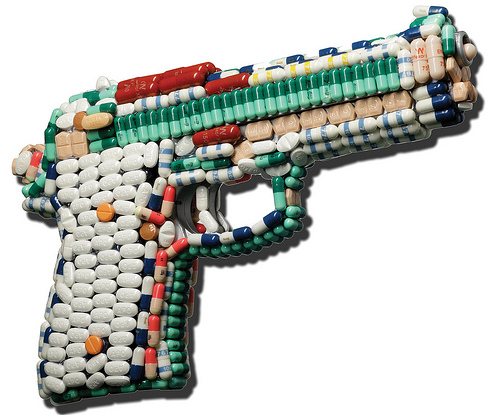 I think I had been up for four days when I robbed the second gas station. But it could have been five days or even six. I don’t know. Days run together when they’re not separated by sleep.

Armed robbery was a new low, even for me, but then so was crack cocaine. In the six months following my first hit from a crack pipe, I’d lost everything — my car, my job, my girl, my family. I couldn’t stand the weak thing I had become and by then, I was ready to die.

My plan was simple: rob and get high until the police got behind me, then blow my brains out. Although cocaine is not classified as a hallucinogen, sleep deprivation most definitely is. And as I was exiting that gas station, I was seeing and hearing all sorts of things — police search lights, sirens, footsteps, voices…

I hopped into a stolen car and sped away, zigzagging my way through neighborhood streets and charting a course for the nearest dope hole. As I pulled out on to the main thoroughfare, two things happened that would change my life forever:

I checked the rearview to see if he was going to turn around. Of course he was. It was 3 a.m. and I was driving with no headlights in an area where a robbery had just occurred. When he turned on his siren, I stomped on the gas and yanked hard on the steering wheel…

…and drove straight into a brick mailbox. I bailed out of the car and ran through someone’s yard, tires screeching behind me. Desperate to escape, I sprinted toward the field abutting the backyard but never saw the fence. It was one of those waist-high, rusty barbed wire things and it flipped me upside down. I felt the gun fall from the pocket of my hoodie into the tall grass below. I quickly freed myself, then frantically groped for it in the dark. I couldn’t lose the gun. I needed it to off myself when there was nowhere left to run. But I heard squawking radios and jingling keys approaching, I had to go.

Branches and thorns slapped my face as I tore through the field. I tripped, lost a shoe, tripped again and finally rolled into a gully and pulled the brush over myself to hide. An hour passed. Helicopters flew overhead, far off voices shouted, car engines roared. Then the low growl and panting breath of a dog drew close. I could hear it a few feet away, tracking me. Suddenly, the massive head of a German Shepherd poked through the brush. I threw my arm up to keep him from biting my face; he seized my wrist and began ripping flesh from bone. I was quickly surrounded by police and pummeled with flashlights and boots.

But something strange happened in that field. Maybe it was just the dope or the sleep deprivation. Maybe I was in shock, but for a moment, I was hovering above my body, looking down at the scene below. This pitiful crackhead that was me — emaciated, dirty, bloody — being mauled and stomped and finally handcuffed.

If I’d had that gun while I lay there in the bushes with the police closing in, I would have killed myself. There would be no Consider the Dragonfly, no With Arms Unbound, and you definitely wouldn’t be reading this blog post right now. I’d be just a forgotten news story from the last decade, a dead crackhead in a field. Forgotten, except to my mom and she would have found a way to blame herself.

Instead, it is my belief that something bigger intervened and that has made all the difference. If Malcolm Ivey has a birthday, it is March 22, 2005, the night I dropped the gun. 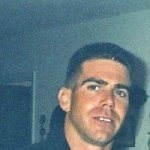 Malcolm Ivey is a Writer, Novelist and Author of Consider the Dragonfly and With Arms Unbound