Two park employees in Fond du Lac, Wis., have been shoveling a lot of extra snow in the name of love.

Since Bud Caldwell’s wife of 56 years died two years ago, the 82-year-old has visited a bench dedicated to her in the park every day to tell her about the previous day and leave a penny and a daisy in memory of their two favorite songs, “Pennies From Heaven” and “A Daisy a Day.” 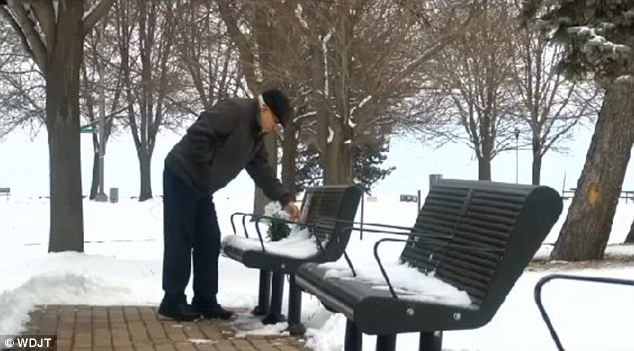 Love: Bud Caldwell, 82, has been taking daisies and a few pennies to a bench in Wisconsin every day for years to honor his late wife

When heavy snow last month left him unable to reach the bench, workers Jerrod Ebert and Kevin Schultz, who had noticed his ritual, saw him sitting in his car and decided to keep the path clear for him all winter so he could continue to talk to his beloved wife every day.

Devotion: Caldwell bought and dedicated the bench to his late wife, Betty, after she died two years ago 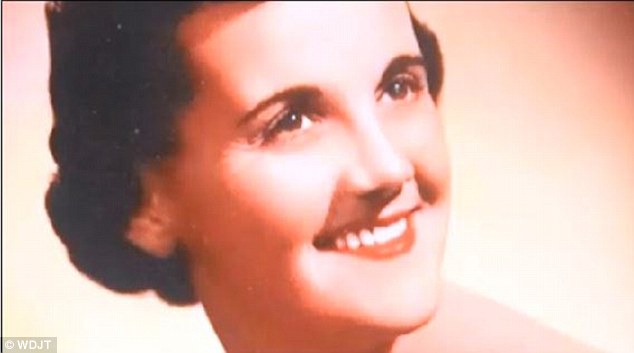 Marriage: Caldwell and his wife spent nearly 56 years together and he has found comfort in his daily routine since she passed away

Ebert said: ‘We both commented that we just can’t have this. We’ve got to make sure he can get to his bench and talk to his wife.’

‘We did it only because of his love for his wife. He truly misses her. We didn’t do it for any kind of recognition.”

The workers say the path Caldwell takes isn’t usually cleared in the winter, but it will now be shoveled every time it snows.

So, Caldwell is truly grateful for the park employees gesture.

“What an extraordinary act of kindness from two young men to one old man,” Caldwell tells the Reporter.

He also  said with pride: ‘Two young men did such a nice thing for an old man.’ 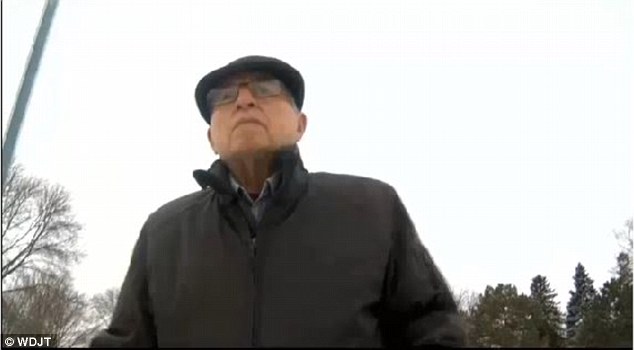 He then ends his daily trip by telling his wife: ‘See you later munchkin’ and kisses the picture of Betty as he walks away.