I Made a Present for My Girlfriend. It Took Some Time –

I started with an idea of an old-style US mason jar. I’m in Ireland, so it was quite hard to get my hands on one.

I finally found a place in Dublin that sold them and bought the largest one there – and it was a beauty. It holds 1892ml (half a gallon), which gives you an idea of its size – as I need it to fit the 365 handwritten notes.

How it works – close-up.

230 in… and it’s beginning to come together. 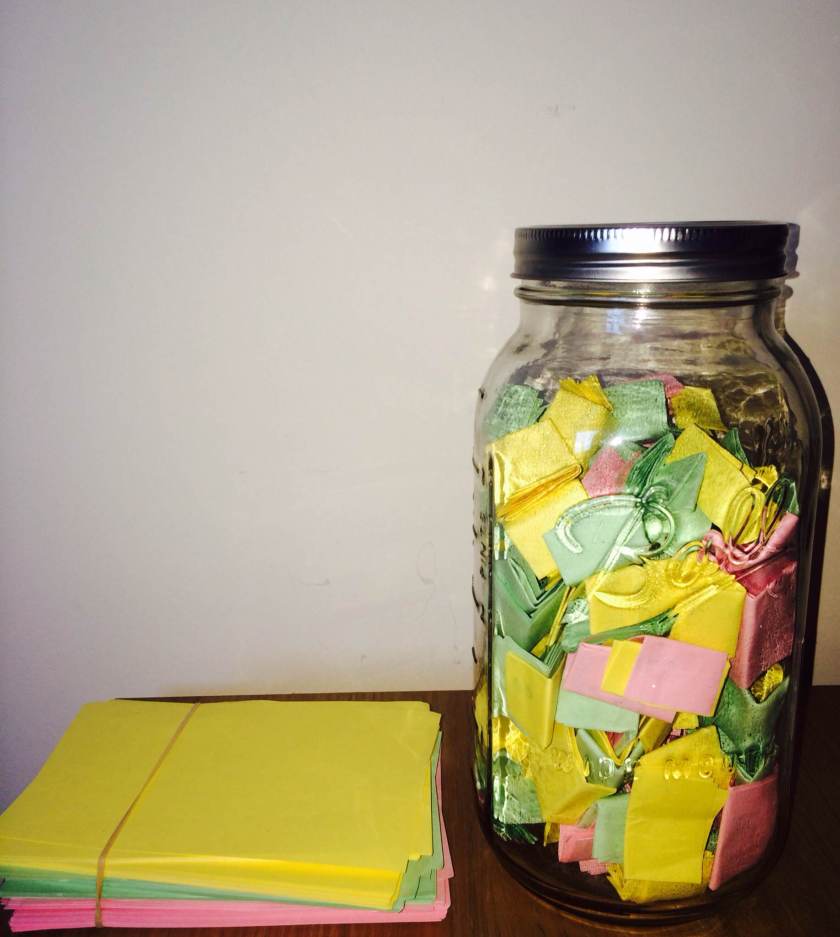 My little work station after 230 notes written and folded. At this stage, the wrist was starting to tire from the writing – but the Jar was starting to take shape. I was especially pleased with how the colors were playing off against each other. Just 135 to go!

I designed and printed a logo for the front, but the glass work writing on the jar protruded so far out that it was impossible to attach the printed sticker without it creasing. Still, the actual designs on the sides of the jar made up for it. The explanation was all that was needed.

So, so happy with how it turned out.

That big “Ball” logo prevented me from attaching my own ‘The 365 Jar’ design – but it’s pretty unique and probably adds more by itself. She was… happy. She was ECSTATIC. There may have been tears – although that might have been partly to do with the amount of endless reading and unfolding she has ahead of her. 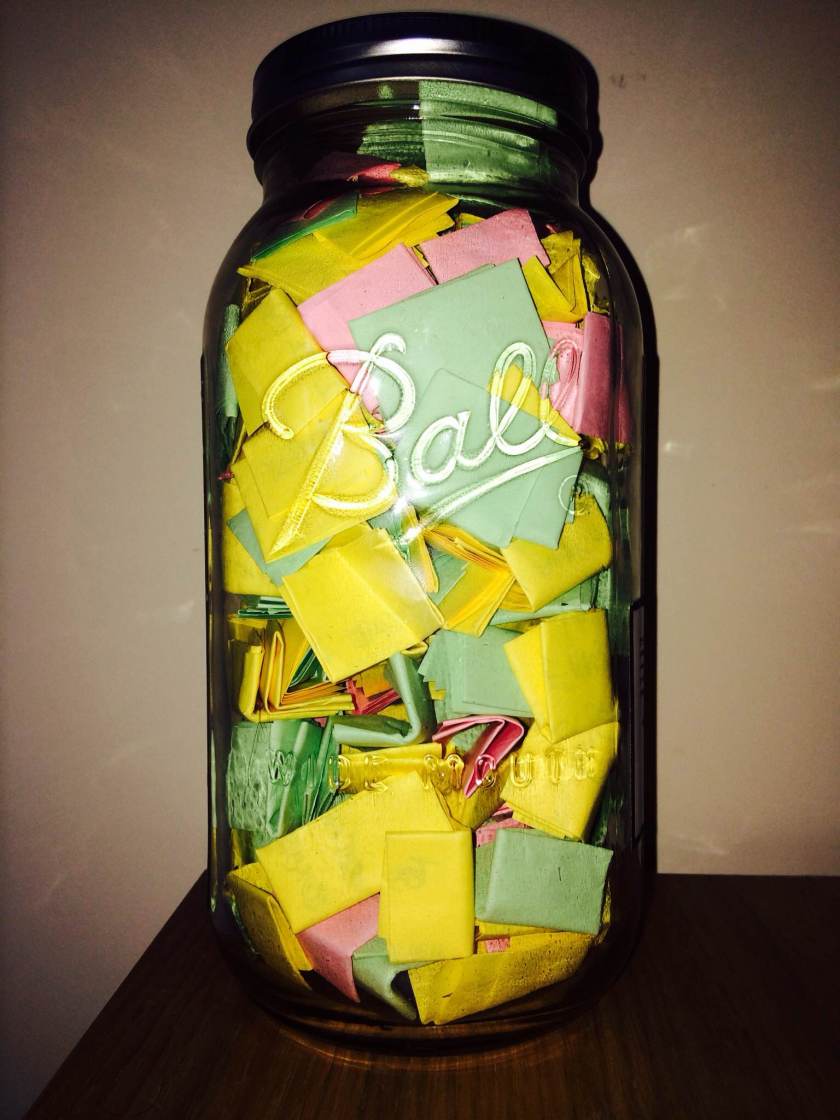 We can already imagine some people seeing this and wondering why their significant others haven’t already done something so romantic for them! 🙂 Maybe it’s time to buy some post-it notes?