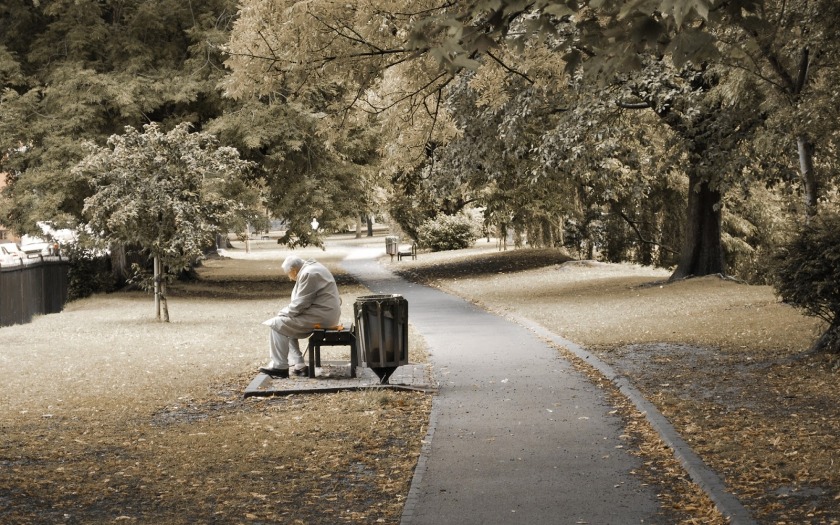 When I was young, I remember a man visiting our house a little bit before Christmas. I can’t even really picture him now, but he was an obviously older man.

Anyway, I was in the kitchen watching The Land Before Time on our small kitchen TV, when my dad let him in the house. They talked in the hall while I kept watching TV. Then they came into the kitchen and the older man approached me. I remember that I could tell he was nervous.

He made small talk with me, and I made small talk back, but I didn’t know why he was there, so I wasn’t all that interested in him. I assumed he knew my parents and was just being polite by acknowledging me. I focused more on the film than the conversation.

After a short time, he and my dad left the kitchen and continued their conversation, and I got back to the film. When I heard the front door close, I knew he’d left, and my dad came into the kitchen with a full, black bin bag. It was full of toys – stuffed animals, Lego sets, things like that. My dad told me the man had brought them for me.

I learned later in life that the man was actually my granddad. He had Alzheimer’s (pretty far-gone too) and as a result my mum decided it might be too painful for everyone involved to have him in my life. This year he just wanted to see me no matter what.

He’s dead now. I never met him again after that day, but I’m told he came to watch one of my football games when I was a teenager, and made sure I didn’t know he was there.

I often think about him, and what a relationship with him would have been like. I also kick myself for paying more attention to the film than to the person trying to get to know me as best as he could with his one and only opportunity to do so.

Please share kindness using the buttons below. Thank you.