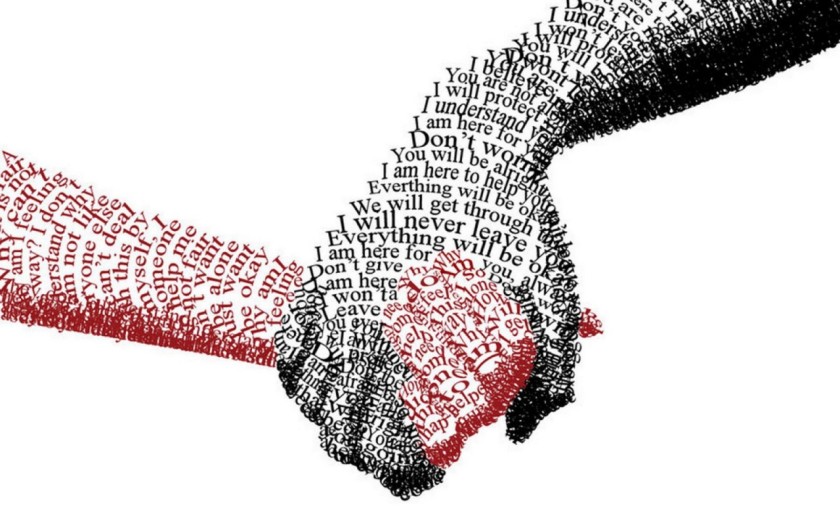 “I had something happen on my walk this morning,”

…my husband said when he came back in the door.

Turns out he’d forgotten his phone.

“What do you need your phone for anyway?” I asked.

“Exactly. Why do I need to know what the NY Times has to say at 6:30 in the morning? Why do I have to check my e-mails?”

He’d thought about it.

“Going for a walk is a much richer experience when all I do is walk,”

he said, adding that he was going to start leaving his phone at home.

I myself had gone out recently without my phone. I had planned to sit in the car while my husband went into the hardware store to check my e-mails and realized I’d left my phone at home.

I remembered that back in the day, before cell phones, I would have been fine without it. I would have waited in the car watching the world go by, or watching people and their stories unfold.

That was how one time I happened to see two black kids with impossibly low slung jeans take their ear phones out of their ears and stop on the sidewalk to help a very pale, very old man loaded down with grocery bags negotiate the steps onto a city bus, or how I saw young mother poignantly standing beside a huge dumpster, her baby in a stroller in front of her, with her head peering down inside the dumpster.

Watching people and wondering what their stories were kept me occupied, even moved me. It also maintained my faith in human nature and nurtured it.

When I forgot my phone the other day, I realized that I didn’t watch and engage like I used to. I no longer experienced the world around me as a great stage on which an ongoing human drama was being played out instead, I’d begun to see the world around me as an interruption to the world of my phone, where behavior lacked spontaneity, the personal self was “branded” and engagement rarely went beyond comment/reply/like.

I also noticed that the world around me didn’t move as fast as the one on my phone. It invited me to pause and take notice of that woman struggling to separate the grocery carts or the tone of voice of that tired mom trying to get her toddler out of his seat or the man who looked to be about 70 years old pulling in all the grocery carts and putting them in their little corrals.

Does he work for the grocery store? Is he on salary? How old is he?

Before my husband got back to the car from the hardware store a white SUV pulled up in the spot next to me. The driver, a very big young man with enormous shoulders and arms walked around to the rear of the SUV, opened its hatch and pulled out a wheelchair.

He brought the chair around to the back door of the SUV, reached inside and in one swift move, picked up and cradled in his arms another man who was almost his same size, deftly placing him in the wheel chair. The man in the wheelchair wasn’t as heavy as he might have been, his legs were shriveled and dangled uselessly in front of him.

There was so much to see in those few moments; so much man-tenderness, so much “He ain’t heavy, he’s my brother” about the whole thing ̶ all the more powerful because of the fact that one of the men was white and the other was black.

When my husband got back to the car I told him what I’d seen and what I’d experienced. I told him that the world was full of little love stories like the one that had unfolded at the white SUV and that I’d been missing them.

I also told him that strange as it seemed, when I engaged with the world around me and looked at it with my own eyes instead of merely reading about it on my phone, it didn’t have a strange and foreign feel to me. It felt familiar, almost as if I was looking at “my” world instead of “the” world, the world that was interpreted to me by the media. I could see that by looking at my world first hand, I wouldn’t be afraid to be in it and would be more equipped to decide for myself how to respond to it.

“I claim to get writing inspiration from my phone,” I said to my husband, “from all the articles that are in The Times and Bloomberg and The Guardian, even from my Facebook Page.”

“But those aren’t the stories worth telling,” I added.

“The stories worth telling happen right outside my car window—that is, when I don’t have my head down in my phone and don’t notice them.”

(This article first appeared under a different title and in a different form on ElephantJournal.com) 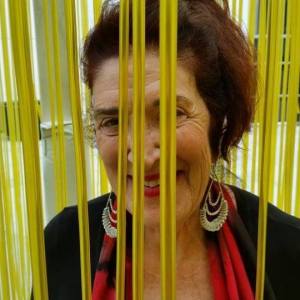 Carmelene writes stories from every day life and how life itself offers lessons to help us grow, expand, and put our feet on higher ground.