In 1977, my grandparents took me and my sisters to the top of the Empire State Building. 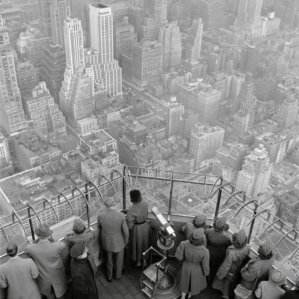 I can remember being annoyed by all the waiting in line just to ride the elevator to the observation floor. We probably spent more time waiting to board that elevator than we spent viewing the view. Still, when our turn came around and after the elevator finally reached the 102nd floor, I burst out of the doors to see what all the fuss was about.

At first, I was too distracted with taking in the view to notice that my grandpa was not with me. When I turned back to search for him, I saw that he had parked himself close to the elevators away from the windows and the view. I called to him,

“Grandpa, you gotta come see this.”

This time he just smiled at me as he shook his head, still refusing to budge.

My grandfather could be ridiculously stubborn and occasionally quite fierce. He was a brusque and burly man with large, pudgy-fingered hands that were both soft and strong. Even though he was often stern, at times he would go out of his way to be loving. He taught me to fish and how to use the heels of my feet to dig for clams in the bay at low tide. He liked to tell his granddaughters that he would do anything for us. He used to say,

And he meant it.

While I didn’t exactly covet his dirty, greasy-food stained shirts, I knew that he was saying he loved me.

When my grandfather refused to come see the view, I was confused. So, I went back to where he was standing and asked him why.

“I’m afraid of heights” he admitted.

“And while you were peering down a hundred floors to the ground, my toes were curling under trying to grip onto something sturdy and safe.”

I am guessing that until that day I had never thought about my grandfather’s feet before. After he explained the “why,” though, I did not picture human feet. Instead, the first image that came to mind was of a huge chest-pounding gorilla, who—in failing to wrap his long, fat, hairy toes around something substantial—was inadvertently digging his sharp nails into the flat wooden floorboards beneath his feet.

I had not thought much about that image since then, until it reappeared recently. Somehow, my subconscious had linked the image of those gripping gorilla toes to the famous work of art by Francisco Goya titled The Sleep of Reason Produces Monsters.

This self-portrait of Goya’s  is probably the most well-known of the 80 etchings in his Los Caprichos (The Caprices) series, and I have seen it many times before. Even so, the “production” of monsters was not really something that I had considered in any depth. When my mind paired Goya’s portrait with the “portrait” from my imagination, though, I started to contemplate the ways that monsters develop and form and I began to wonder about the people who create them.

The monster for my grandfather was born of his fear of falling. Without knowing it at the time, I must have understood that my grandfather had created this monster and that in essence he was the monster.

He became a huge gorilla, getting in his own way. In the etching, Goya animates his fears for us, and with the title he acknowledges that we lose our ability to protect ourselves from fear when our logical thought processes are somehow turned off or malfunctioning. Without access to reason or when reason cannot communicate effectively with the other parts of the brain, things that are normally benign or nonthreatening can transform into things that are frightening and alarming.

My grandfather did not feel a little wobbly just thinking about his distance from the ground; he was terrified and literally gripping with fear. The risks entailed in this trip to the top of a skyscraper were minimal, but his toes did not see it that way. From their perspective, my grandfather needed to be afraid, stay back, and hold on for dear life. 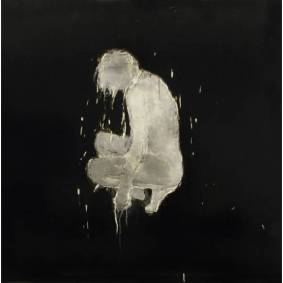 This is not to say that your conscious brain cannot affect and change those sensations.

Ideally, the cognitive part of your brain uses reasoned logic to assuage any irrational worries that the faster part has identified as areas of concern (for example, the 102nd floor of the Empire State building is virtually as safe as the second floor). However, if the communication between these two areas of the brain isn’t working so well, or if there are particular kinds of experiences that seem to gum up the system, then your somatic responses might continue to send your conscious mind warning messages despite the lack of threat. If panic signals such as shallow breathing, a racing heart, or curling toes keep flashing despite logic, then the threat becomes irreducible and seems real.

I am sure my grandfather tried to convince himself that there was nothing to fear. In that moment, though, logical analysis did not pacify his nerves or calm his toes. It was not laziness, or weakness, or lack of resolve that petrified my grandfather. There was just some sort of breakdown in the communication between the various parts of his brain, like a feedback loop not connecting in the ways that it should. 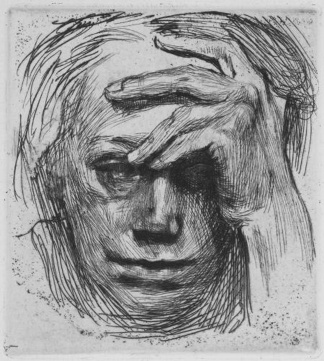 As someone who has struggled with a malfunctioning brain, I find Goya’s idea of “sleeping reason” reassuring, especially when I couple it with an image of a reflexive somatic response to fear. Even though I am very familiar with the process of sinking into a deep depression, I still always hope that this time will be different; this time I will make it stop before it grabs hold. Sometimes, though, “my toes” are going to “curl under” whether I want them to or not. Sometimes, my brain will create “monsters” that aren’t really there. Telling myself repeatedly that it isn’t happening or blaming myself for not being able to fix the problem on my own is unproductive.

Perhaps in the future, when a severe episode of depression seeps back in and I find myself overwhelmed and sickened by the prospect of getting out of bed, showering, or even just brushing my teeth, I will be able to picture my two images of fear. I will probably still look for ways to escape and still feel that I cannot find myself. And in all likelihood, I will still worry about all the “shoulds.” 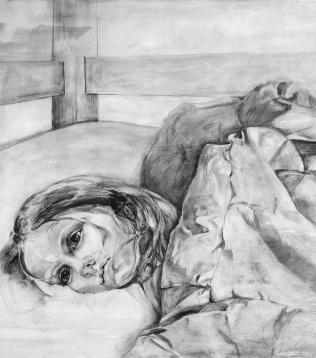 When depression flares up again and I sense a coldness that I cannot warm and I feel myself shivering and shaking inside with my teeth chattering and my skin pebbling, almost certainly I will still think that it should not be this way.

I will think of how it is summer, how the sun is shining, and how good it feels to have warming light all around me, and I will tell myself that I should be able to experience all of that.

But when I cannot make myself believe in a warmth that I cannot feel, maybe I will think of my grandfather’s feet or Goya’s monsters, and I will forgive myself. 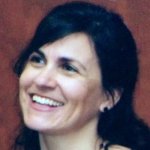 Francesca Milliken writes about being human. She earned her MFA in Visual Arts in 2012 and started blogging as The Not Me in 2013. She lives in Takoma Park, Maryland.