A week before my grandfather passed away, I snuck his favorite beer into the nursing home for him.

I’m sharing a picture of an amazing man, who was also my best friend; enjoying his favorite beer. We didn’t know when we were going to lose him when this picture was taken. He was doing a lot better this day.

My mom and I went to go visit him one day, and I thought I’d surprise him with a sam adams. We found him sitting in front of the window looking outside. I walked up behind him, and put the beer in front of him, his eyes lit up at me and he smiled.

He said “I don’t know whether to say hi to you or drink the beer!”

I laughed and said, “Enjoy pop-pop”

It was his last beer ever… 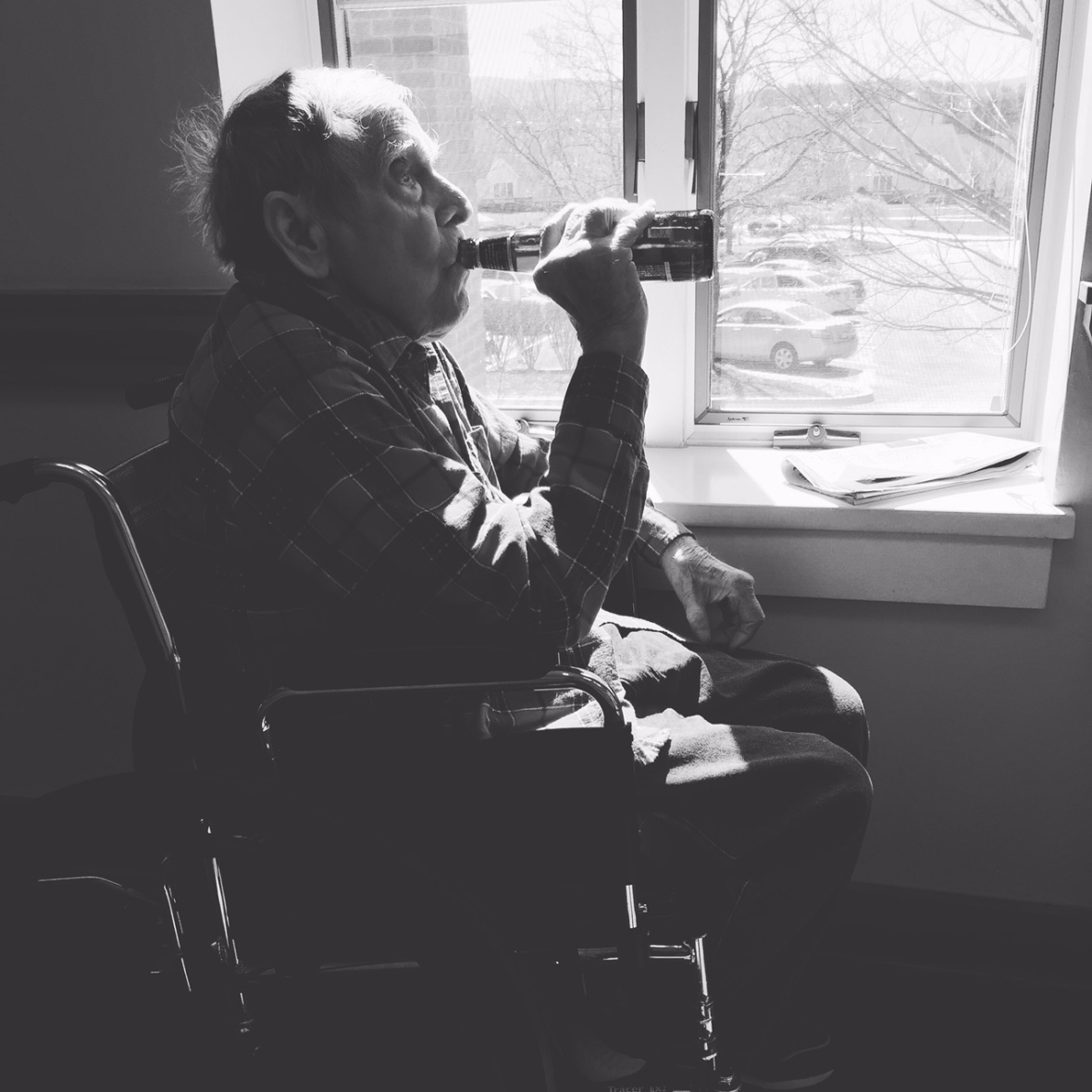 He would’ve been 86. He has 12 grandchildren and 2 great grandchildren. He was a self-employed plumber for YEARS. Never knew of a man who loved life as much as he did. Every summer, he would float around the pool in the backyard with a cocktail in the cup holder..but he created a straw out of a really small hose, so he wouldn’t have to lift a finger to take a sip!

He was SO funny and smart. The kindest man ever. He was also extremely hard working. He retired about 17 years ago, then the day after the retirement party, he went back to work. haha!

There wasn’t one day that he never said “life is great.”-

Such a touching tribute for ‘pop-pop’, a wonderful man, adored by his loving grandchild! ❤