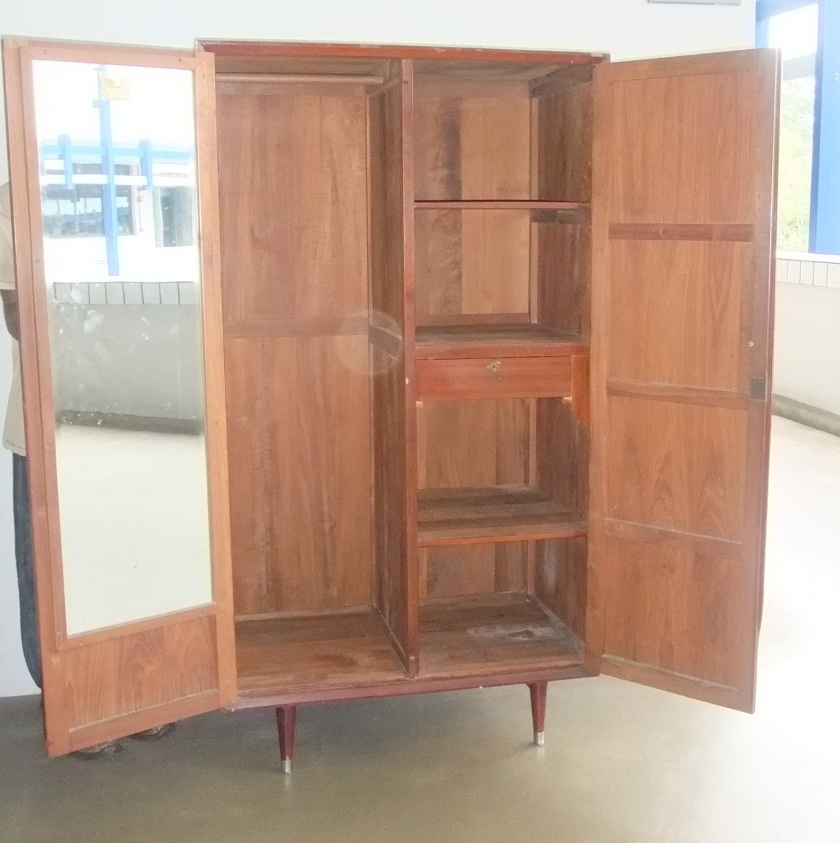 Some time ago, I went to an art exhibition, which showed the work of some students from a local college, one of whom was a friend.

I confess that much of the Fine Art work goes over my head – I enjoy seeing the stuff, but, for the most part, I just don’t get it.

One of my daughters has studied art and has given me some insight from time to time. I know that enormous amounts of work go in to the creations and I am very interested in the techniques. I guess that I am just a philistine, but I was talking to one of the artists, Judith, who tried to explain her work to me.

Judith’s exhibit included a wardrobe. Viewers were encouraged, but not overtly, to open the door – which I did, of course. There was nothing inside. She explained how it represented some aspect of the Meaning of Life, but it really went over my head.

Then she told me the story…

The previous day, a couple was wandering about the exhibition. The man opened the wardrobe door and then moved on, catching up with his wife.

He said to her: “Go and open that wardrobe. There is something beautiful inside.”

Judith overheard this, but did not have any idea what he meant. She was enlightened when the woman opened the door and smiled when she saw her own reflection.

This is not only a very touching story – romantic even – but Judith was delighted that the viewer of her work had seen something in it that she had not perceived herself.

Hearing this story was a highlight of my visit to the show and relating it now, some years later, still makes me smile, so it is a pleasure to share.

Colin lives in Malvern in the UK. He works for a software company, but has a range of non-work interests, including reading, writing, cooking and photography.