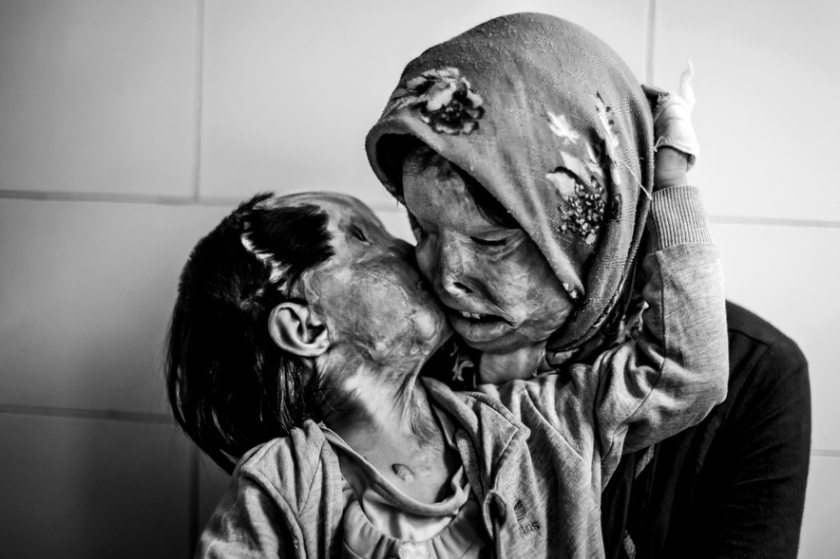 As there are nearly 3,000 articles on Kindness Blog, we’re going to semi-regularly REBLOG ones that we feel are worth another look x

Somayeh Mehri (29) and Rana Afghanipour (3) are a mother and daughter living in Bam, southern Iran.

They were attacked with acid by Somayeh’s husband Amir.

Somayeh Mehri (29) and her daughter Rana Afghanipour (3) give each other a kiss. Since their disfigurement in an acid attack, they say, others don’t like to kiss them.

Somayeh had frequently been beaten and locked up by her husband, and finally found the courage to ask for a divorce. Amir warned her that if she persisted in her attempts to leave him, she would not live out life with the face she had.

One night in June 2011, he poured acid on Somayeh and Rana as they slept. Somayeh’s and Rana’s faces, hands, and, in places, their bodies were severely burned. Somayeh was blinded, and Rana lost one of her eyes.