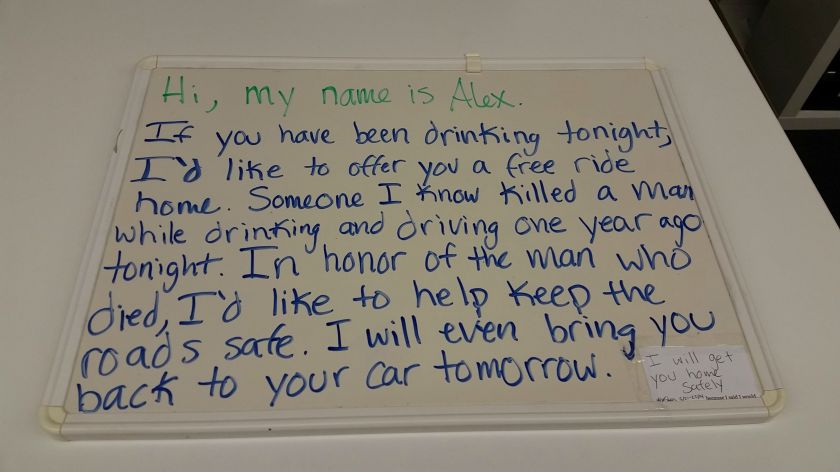 Saturday, June 22nd, 2014: I went to the busiest bar in my neighborhood, stood outside and offered free rides to anyone who had been drinking.

The first group I picked up was a bachelorette party. I let them play their own music. No joke, they played “Call Me Maybe” twice in a row and not on accident. They were very nice and kept trying to tip me. Of course no tips were accepted. 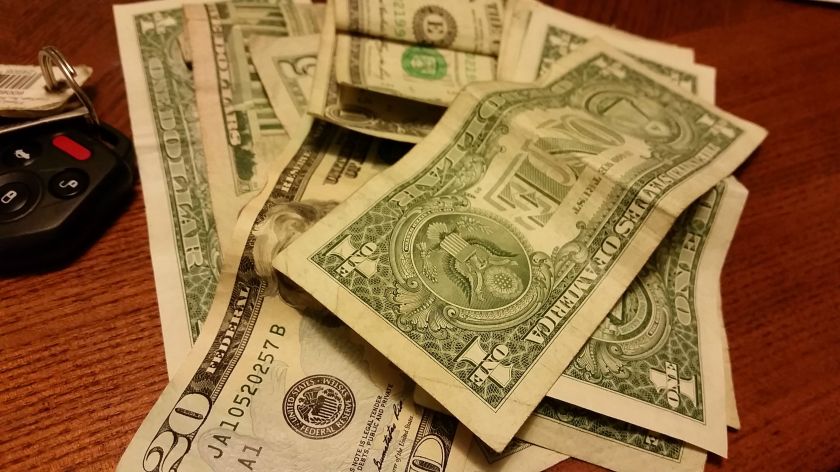 Bobbi, the girl in the passenger seat is sneaky though and left behind $38. This will be donated to Mothers Against Drunk Driving in Vince’s memory.

The next couple I picked up just became homeowners. Getting a DUI can be financially devastating. Good decision guys!

One guy I picked up claimed that he helped create the “We are the World” remake music video that benefited Haiti in 2010. I will give him the benefit of the doubt. He seemed sincere. He said that he got the opportunity to meet Justin Bieber. How unfortunate. 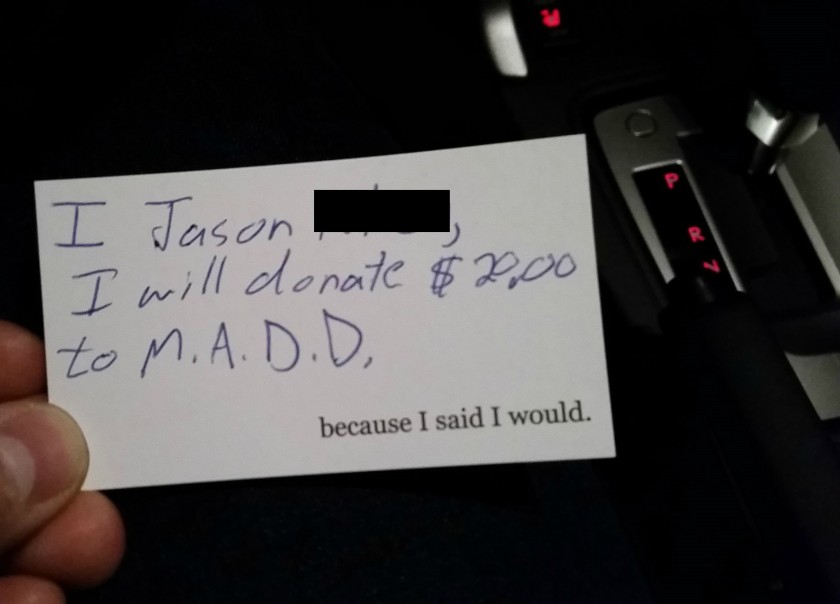 The “We are the world” guy also wanted to tip, but instead made the promise to donate $20 to Mothers Against Drunk Drivers. Legit.

I drove people around for about 4 hours. No one puked in my car so I consider that a win. I finished my journey at Taco Bell; there were like 10 cars in front of me. I thought to myself “most of these people have probably been drinking.” Sometimes you wish you could do something, but at the end of the day the only person you control in this world is yourself.

I am responsible for the filming and release of a confession video.

On June 22nd, 2013 at approximately 3am, a man named Matthew Cordle killed Vincent Canzani while drinking and driving. Through a Facebook page that I admin, Matthew messaged me and said that he wanted to bring good into the world for two people because that is what he felt he owed. With no charges pressed against him, he wanted to make a promise. “I will take full responsibility for what I have done.” I am responsible for filming his confession video and releasing it to YouTube. The video received 2 million views in 10 days and was played on every major news program and talk show in the US. As a result of the video, Matt would be arrested and sentenced to prison where he currently resides. I wanted to spend last night doing what Matt would have done if he was a free man.

Please make the promise to never drink and drive.

“Because I said I would” is a social movement and nonprofit dedicated to the betterment of humanity through promises made and kept.