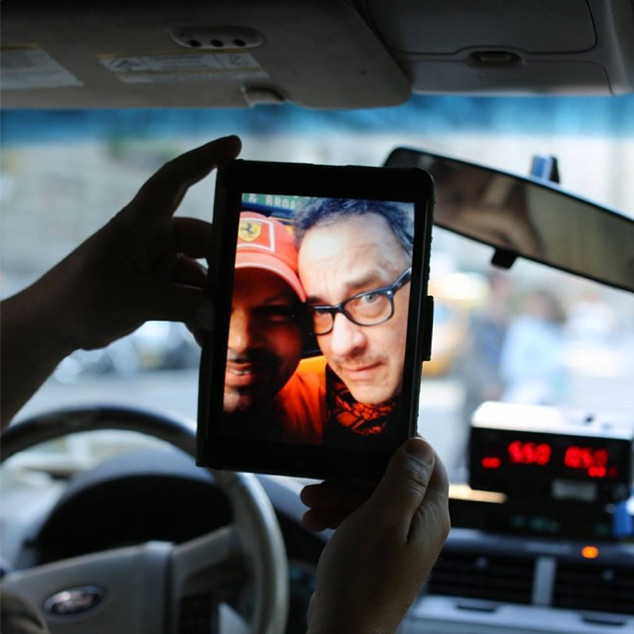 The winner for best celebrity of the day goes to Tom Hanks!

In a new post on Humans of New York, a cab driver shared a memorable experience driving the legendary actor.

After hesitating to accept a fare into his car because his shift was almost over, the driver ultimately decided to let the man in for a ride on Park Avenue to 74th Street.

“He’s got his cap pulled down way over his eyes, so I can’t see who it is,” he shared. “But pretty soon I start to recognize his voice. And when we get to a light, I turn to him, and I look him in the eye, and I scream: ‘WIIIIIIILLLSSSSSOOOOOOON!!!’ And that really got him. He started laughing hard.”

The two would go on to chat throughout the drive and even snapped a quick photo before reaching the requested destination.

But wait, it gets even better.

The anonymous driver began to randomly pick up people who knew Hanks and he immediately shared stories of the famous rider.

“Every time, I tell them: ‘Tell Mr. Hanks that Mr. Ferrari says ‘hello,'” the driver recalled. Turns out it paid off in a big way.

Out of the blue, he received a text that said Mr. Hanks wanted to invite him and a guest to his Broadway show.

“So I bring my lady to the show, and we get to go backstage and everything, and after the show, we’re waiting for him in his dressing room, and he walks in and screams: ‘Mr. Ferrari!’ Can you believe that story?” he shared. “And you wanna know the craziest thing? The name of his show was ‘Lucky Guy.’ How crazy is that? Cause that was me. A lucky guy!”