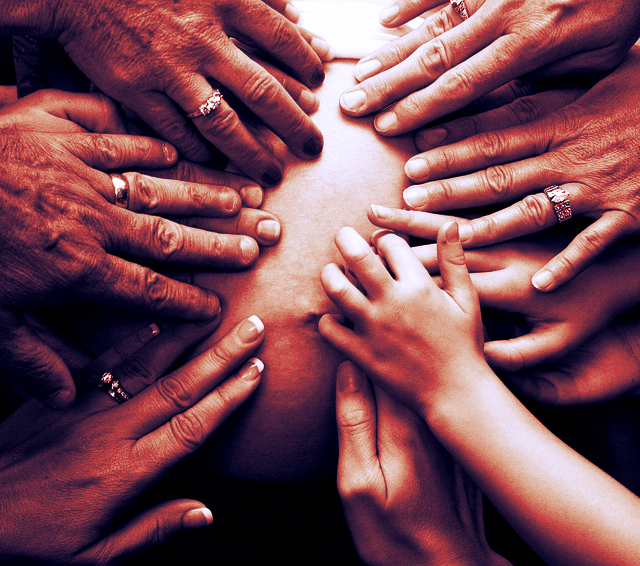 “It takes a village to raise a child”

This phrase is so well known it’s almost hackneyed, and gets trotted out when parents receive support from other people, enabling them to better raise their children.

Whether it’s hand-me-down clothes, useful equipment, solicited advice, a cooked meal during a frantic time, or the offer of some babysitting so that the overwhelmed mother and/or father can have some time out…there are so many vital ways a community of friends-and-relations can be involved (to a certain degree) in the raising of a child.

As children get older and parents become more used to being parents, and more capable, The Village tends to step back in when there’s a crisis, but no longer in the same, burgeoning way they did when the child was a baby and the parents still new to the job.

Once children are teenagers, The Village seems to take another step back, telling them they’re too old to join in trick-or-treating. That they shouldn’t be wearing hoodies and congregating in town centres because they’re intimidating. That their music is too loud, too aggressive, and too downright peculiar to be enjoyable. That their clothes are outrageous, their trends are silly, and that they need to start bucking their ideas up and starting to behave more like Grown Ups.

For young adults, The Village seems to drop off the map, and it’s only when they settle down to behave like Real Adults by having offspring, that it comes back into play and offers support.

This is a vast over-generalisation, I know, but to all intents and purposes, that seems to be the Way of the World At Large. In the West, anyway.

But here’s the thing: I’ve spent an evening broken to pieces, with my spirit in shreds, because of some of the things I’ve seen or heard about, which show where The Village has failed.

Individuals have failed, too, with harrowing and deadly results:

A five year-old girl was thrown off a bridge by her father. She’s dead.

A ten day-old baby was kidnapped, killed, and stuffed in a trash bag.

And these are only the instances which have made the headlines. Many, many more go unreported, or worse, undiscovered. Children are being killed in the most horrific of ways.

Where was The Village?

Why was it silent in these cases? Who didn’t notice a young boy was the weight of a 6 month-old? How come the girl’s father didn’t have friends or family or someone to reach out to, if he was struggling so badly? Why wasn’t anything noticed and DONE about the disturbing behaviour or lack of empathy apparent in people who possess the awful capacity to kill children?

What’s happened to The Village?

It’s standing at the bus-stop, whispering about ‘that older mom’ and giggling behind its hand, instead of including her.

It’s looking down its nose at those who feed their kids junk, because fresh fruit and vegetables are too expensive.

It’s preoccupied with not interfering or overstepping the mark or getting outside its comfort zone to make connections and make a difference.

It’s busy supporting the policy-given right of teachers to offer their students learning experiences which their parents are unhappy with.

It’s determined that the ‘rights of the father’ trump personal testimonies to convict an abusive man, thereby refusing to protect his children from exposure to his terrible influence.

It’s stand-offish. It’s judgy. It errs too much on the side of political correctness.

There are pockets of it which exist, and those who are surrounded by The Village (when it’s working well) are graced with some incredible levels of support, solidarity, and good old-fashioned Look After-ing, but it seems too scant, too unfocussed, and far, far short of influential enough to prevent awful things from happening.

At all levels of my life, I’ve needed The Village. When I was a child, in an abusive household, isolated and trapped. When I was a teen, depressed and lonely and drifting. When I was a young adult, exploited and naive and believing the lies which ensnared me.

Where was The Village? Was it somewhere ‘Out There’, but just trying to mind its own business?

It’s only NOW, as a (sort of) Grown Up – struggling with anxiety, miscarriage, my chronically-ill spouse, and a whole lot of demons which have latched onto me in the Village-less years – that I HAVE my Village.

I need it. I am thoroughly blessed by it. I am so, so grateful.

But in many ways I’ve had to go out and get it. Had I left The Village to its own devices instead of reaching out and grabbing it, I (and quite possibly Husby) would both be long gone; succumbed to our conditions.

I wonder who (besides our nearest and dearest) would have noticed. Or cared.

The evening I wrote this, I was able to send tear-stained messages of deep pain and hopelessness to members of my Village. I was met with compassion, concern, and suggestions of ways I might make things a little better. I was heard and comforted. I was not alone.

And it’s what we all need, whatever stage of life – we need to know we’re not alone.

Whether we’re the child who is too young to protect themselves;

Whether we’re the kid whose world is hungry, and whose parents seem just not to know about things like nutrition or cleanliness;

Whether we’re the person trapped in a violent relationship, who fears for their life;

Whether we’re the person too close to the edge, who needs to offload in a safe manner before they do something terrible;

We need to know that someone, somewhere, has noticed and that they CARE.

Which makes US the village, and it’s a job we need to be more careful about getting right. We need to keep a look-out for one another, let ourselves care about strangers, act on behalf of those who are helpless, and encourage everyone we know to do the same.

If we make our Village strong enough perhaps the heartbreak headlines will become fewer. Perhaps people will behave more responsibly, knowing that others are keeping an eye on them. Perhaps there will be more respect for one another, and a soul-deep recognition of each person as someone worthwhile. Perhaps the world will become kinder and more compassionate.

Perhaps it will all be okay…

Because together we’re stronger, and between us all, we CAN make a difference. Perhaps the difference between life and death. It would be a great start, so I challenge you to try.

These are stormy times.

Get out there and BE the village.

Lizzi writes (brilliantly) at Considerings | Life is Silver Linings. The above article, which, in our opinion, is one of the best articles we have ever shared on Kindness Blog, led to the creation of the 1000 Voices Speak For Compassion project. This involved 1,000 bloggers and video-makers from all around the world coming together to speak for compassion. How wonderful! 🙂 Please view the Facebook timeline here and the Facebook Group here.

To share this much-needed message please use the buttons below.