Psychologist David Coleman caused controversy when he said on air that children should hit back in the playground. Here, he explains his logic

What would you say if your son or daughter comes home, telling you that there is a kid in their class who regularly pushes them, pokes them or trips them in the yard at school?

I am sure many of you would tell them to avoid the child, ignore them, or tell the teacher about what is going on. But would you tell your child that they could push back, or poke back or trip in return?

I gave this advice, on air, on RTE Radio 1 recently and it attracted quite a bit of comment. From what I could gather, the texts to the show seemed evenly split between those who agreed with me and those who disagreed.

That is fair enough. Everyone is entitled to their opinion.

But I did wonder what the actual objection was, of those who felt that a child should not be given permission to fight back?

Maybe some parents, or, as in the case of a couple of texters to the show – primary school principals – feel that a child should submit to physical bullying. Perhaps they should, literally, turn the other cheek to their attacker?

But I wonder what that will achieve, other than to identify them as a future target for more of the same.

I use the word “attacker” carefully and consciously, because that is what I believe is going on. One child (or group of children) is attacking another. Either this happens as a once-off occurrence, or if it is sustained, repeated and insidious, it becomes bullying.

In my experience, and the experience of many of the youngsters that I have worked with, if an initial physical attack is not met with some degree of physical response, then it tends to happen again. If another child discovers that they can push someone around, they often continue to do so.

In most cases, if a physical attack leads to a physical response, like a shove, or a thump, it may develop into a full-blown fight, but that then tends to be the end of it. There is rarely a “second go”.

The attacker thinks twice about picking on a child who fights back because it requires so much more effort. It is easier to just move on to a different child who may be an easier target.

Whereas if a child submits to the initial assault, be it a shove, a kick, or a thump, then they are at much greater risk of receiving another the next day, and for as long as the attacker chooses.

But why should they? Who gave the other kid the right to push my child around? Nobody did. But children, absolutely, have the right to defend themselves.

I do need to be very clear that I am not suggesting that you give your child a message that fighting is good, or even desirable. I do not believe that we should ever encourage our children to be the aggressors or those that strike first.

But I think it is fine for children to hear that fighting has its place.

I think it is fine for children to believe that it is acceptable to push back against someone who has intentionally pushed them.

But physical bullying is its own thing too, and it requires, in my view, its own particular response. I believe fighting fire with fire is an appropriate way to respond to physical bullying.

As with all choices that our children make, there are likely to be consequences to their actions.

Fighting back will have consequences.

So, like I mentioned, one possible consequence is that physically defending yourself against an attack might lead to a fight.

But I think it is worth it if it prevents your child from being further poked, pushed or hit in the future.

There is a lot to be said for enrolling your child in a martial arts, or self-defense class. Martial arts are not about learning to be aggressive, they are all about learning the discipline and skills to defend yourself.

Knowing that you have the skills and capacity to defend yourself gives most children a new outlook and a new attitude. Children who have such skills often exude that extra self-assurance that can even prevent an attack. 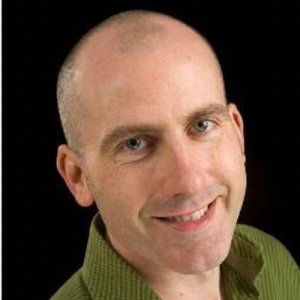 David Coleman is a clinical psychologist, broadcaster & author with some 17 years experience in his field.  With a Masters in Psychological Science, he is more than qualified to comment on the issues of bullying and children.  We thank him for allowing us to share this article with you.

The above article has been shared by the kind permission of the author and comes from an external website.